The MCA Stage will present legendary performer Mikhail Baryshnikov, in collaboration with Annie-B Parson and Paul Lazar of internationally acclaimed Big Dance Theater, for the Chicago premiere adaptation of Man in a Case, based on two short stories by Anton Chekhov. Parson and Lazar bring their signature style of fusing cutting-edge theater and movement to this adaptation, creating a high-tech performance that illuminates those occasions when one is offered life-changing possibilities.

In Chekhov's brilliant tales of humor, despair, and unrequited love, two friends on a hunting trip share stories late into the night. In the first story, Man in a Case, a reclusive man courts a carefree, vibrant woman forcing him to confront his own rigid nature. The second, "About Love," is a tale of moral ambiguity about a man who sees his life go by, unable to act on his passion for a married woman. Through the device of a tale within a tale, the stories warn of fear overwhelming the pursuit of life's potential. Big Dance Theater interweaves these stories with material as varied as surveillance footage, folk dance, instructional hunting videos, and interviews with the cast.   Man in a Case is adapted and directed by Parson and Lazar. Parson serves as choreographer. Baryshnikov, whose credits are legendary, heads the cast. He’s appeared on Broadway in Metamorphosis, which received a Tony Award nomination and a Drama Critics Award.

The opening night of Man in a Case will include a celebratory evening featuring a dessert reception with the performers. Guests will be invited to enjoy the museum's galleries as part of the reception, and for every performance one free museum admission is granted with an MCA Stage ticket stub (and valid up to seven days after the performance), making this the most culture you can wrap up in one admission price in Chicago this spring.

The performances take place on May 15 to 18 in the Edlis Neeson Theater at the MCA Stage. For more information, visit mcachicago.org or cal the MCA Box Office at 312.397.4010. 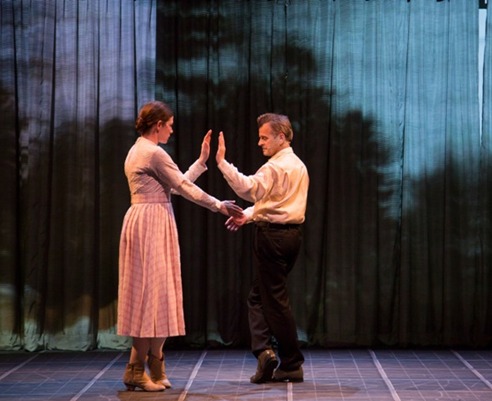