The Music Institute of Chicago hosts its 2019 Anniversary Gala on Monday, May 20 at the Four Seasons Hotel Chicago, 120 E. Delaware Street, celebrating its history as one of the largest and most respected community music schools in the nation. The festive evening will be highlighted by the presentation of the Dushkin Award to acclaimed jazz trumpet player, bandleader, composer, and educator Wynton Marsalis.

The evening will begin at 6 p.m. with a cocktail reception, followed by an elegant dinner and awards presentation. Musical performances throughout the evening will include talented students from the Music Institute’s Community School, award-winning students from its renowned Academy for gifted pre-college musicians, and young students from its outreach program, the Third Coast Suzuki Strings, a violin program on Chicago’s Northwest Side in collaboration with the YMCA of Metro Chicago.

Among the awards presented at the upcoming gala is the prestigious Dushkin Award, established more than 30 years ago and named for the Music Institute’s visionary founders Dorothy and David Dushkin. The award recognizes international luminaries in the world of music for their contributions to the art form, as well as to the education of youth. Past recipients include Pinchas Zukerman, André Previn, Lang Lang, Stephen Sondheim, Riccardo Muti, Yo-Yo Ma, Renée Fleming, among others.

This year’s recipient, Wynton Marsalis, is an internationally acclaimed musician, composer, and bandleader, as  well as an educator and a leading advocate of American culture. He has created and performed an expansive range of music for groups ranging from quartets to big bands, from chamber music ensembles to symphony orchestras, and from tap dance to ballet, expanding the vocabulary for jazz and classical music with a vital body of work that places him among the world’s finest musicians and composers.

In 1980, as a student at Juilliard, Marsalis joined the Jazz Messengers to study with master drummer and bandleader Art Blakey, later performing with Sarah Vaughan, Dizzy Gillespie, Clark Terry and many others. He also pursued a career in classical music, performing with leading orchestras including the New York Philharmonic, Boston Pops, London’s Royal Philharmonic and more. He has produced more than 80 recordings, encompassing all forms of jazz, that have sold more than 7 million copies, and he has composed numerous jazz works as well as a violin concerto and five symphonies. Marsalis has won nine Grammy Awards, was the first jazz musician to win the Pulitzer Prize (in 1997), and was honored with the National Humanities Medal by President Barack Obama in 2015. He serves as the managing and artistic director of Jazz at Lincoln Center and is the director of Jazz Studies at the Juilliard School in New York City.

The Music Institute of Chicago’s 2019 Anniversary Gala takes place Monday, May 20 at 6 p.m. at the Four Seasons Hotel Chicago, 120 E. Delaware Street in Chicago. Individual tickets are $550; table sponsorships are available for $5,500–50,000. For event information, please call 312.553.2000 or visit musicinst.org/anniversary-gala. 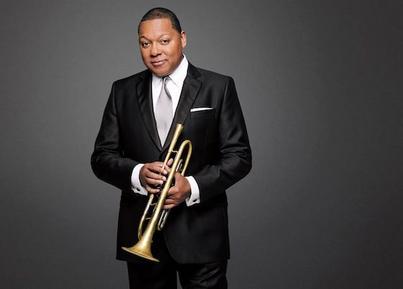