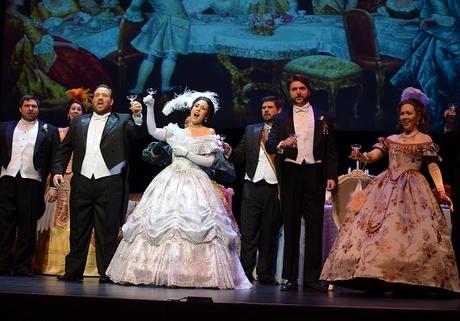 New Philharmonic, under the direction of Maestro Kirk Muspratt, is set to open 2019 with Johann Strauss II’s Die Fledermaus, libretto by Karl Haffner and Richard Genee. The operetta, staged by Michael La Tour, will be sung in English. A free MAC Chat will take place one hour prior to each performance.

On New Year’s Eve Gabriel von Eisenstein is being forced to go to jail for assaulting a police officer, but he wants to evade capture for one night to attend a lavish ball by Prince Orlofsky. Eisenstein tells his wife, Rosalinde, that he’s heading off to jail, but Rosalinde knows he’s lying, and follows him to the ball, disguised as a Hungarian countess. There Eisenstein unknowingly attempts to seduce his own wife. Amid a night of mistaken identities, flirtations, intrigues and jealous confrontations, the farce erupts with resolutions that go well beyond.

​New Philharmonic presents Die Fledermaus at the McAninch Arts Center, located on the campus of College of DuPage, 425 Fawell Blvd., Saturday, January 26 at 7:30 p.m. and Sunday January 27 at 3 p.m. Tickets are $59. To order concert tickets or for more information, call 630.942.4000 or visit AtTheMAC.org.