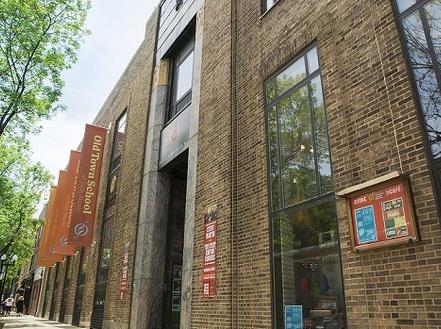 The Old Town School of Folk Music recently announced that it has received one of the largest grants in its history; a two-year “Getting to Know Europe” (GTKE) grant totaling €247,407 (approx. $300,000) funded by the European Union to support greater knowledge and understanding of its international role within the U.S.  The Old Town School is one of only five U.S. organizations to receive this prestigious grant; others include the University of Pittsburgh, Florida International University, Regents of the University of California, Berkeley and the Ecologic Institute US.

“As the largest community school of the arts in the U.S. with a myriad of global connections and world music programs, Old Town School is in a unique position to carry out the mission of this grant,” said Old Town School of Folk Music Executive Director Bau Graves. “In addition to sharing the resources, talent and artistry of European musicians and the Old Town School over the next two years, the grant will create lasting connections among local musicians, Old Town School teaching artists and our many collaborating Chicago-based partner organizations that will last long after the grant period is concluded.”

Additional European Union-centric programming and details will be announced throughout 2018.  Listeners may tune into Medium for a special podcast interview with Bau Graves.

​Getting to Know Europe (GTKE) is a program funded by the European Union as part of its Partnership Instrument, one of the funding mechanisms that enables the EU to take part in shaping global change and promote its core values. GTKE promotes greater knowledge and understanding, within local and regional communities in the United States, of the European Union, its international role, its policies, its culture, and the value and the significance of the EU-U.S. transatlantic partnership.