To open its 24th season, The Orion Ensemble, winner of the prestigious Chamber Music America/ASCAP Award for Adventurous Programming, will present "Collage of Colors," bringing back guest violist and composer Stephen Boe.

True it its name the program features works that reveal a depth and diversity of musical color, tone and expression. James Wintle's Pontoon-Bridge Miracle for clarinet, violin and piano, commissioned by Orion in 1996, is a highly programmatic and expertly crafted piece based on a poem about Chicago by American poet Nicholas Vachel Lindsay (1879-1931). Wintle's music complements the rhythmic inspiration of Lindsay, who is considered the founder of modern singing poetry, which is meant to be chanted or sung. The work is in seven sections, evoking Chicago in both lively present and ghostly past, including one section that represents P.T. Barnum's circus animals parading down Michigan Avenue. Wintle was a professor of music at Southeastern Oklahoma State University who focused on collaborative relationships with specific chamber groups.

Mozart's Duo in B-flat Major for Violin and Viola, K. 424 was composed as an act of friendship. In July 1783, Mozart and his new bride, Constanze, visited Salzburg, Mozart's birthplace. Essentially on vacation, the two enjoyed hiking and renewing contacts with friends. One of these was Michael Haydn, brother of the famous composer and a brilliant composer and musician in his own right. Commissioned by the Archbishop of Salzburg (Mozart's old boss) to compose six duos for violin and viola, Michael Haydn fell ill and was unable to complete the work. Mozart stepped in and composed the remaining two duos for a friend in need. Particularly fascinating in the Duo in B-Flat Major are the Andante cantabile, featuring the viola's expressive range, and the charming Theme and Variations of the Finale.

The Quartet in E-flat Majorfor Violin, Viola, Cello and Piano, K. 493 features some of Mozart's finest and most elegant writing for piano and strings-in essence, a piano concerto in miniature. And a fitting finale, Alexander von Zemlinsky's powerful and richly textured Trio in D Minor for Clarinet, Cello and Piano, Op. 3 beautifully depicts the ideals of late Romantic Era chamber music-large in scope but highly intimate in expression.

Orion's 2016-17 season, Miniatures and Masterworks, continues with "Serenade by Three: Orion Beginnings" in November, spotlighting Orion's original three members with works by Yadzinski, Granados, Khatchaturian, John Williams and Glick; "Connections" in March, welcoming back Stephen Boe for a program of Kritz, Mahler and Rebecca Clarke; and "Wit and Passion" in May, also featuring Boe for works by Jean Francaix and Brahms.

In addition to their fall benefit (November 19 at 12 noon) at Dunham Woods Riding Club in Wayne, Illinois, Orion will also appear on the broadcast series "Live from WFMT" October 3, 2016 and March 20, 2017.

​For more information about Orion’s new season or for tickets to their season opener, visit orionesnemble.org. 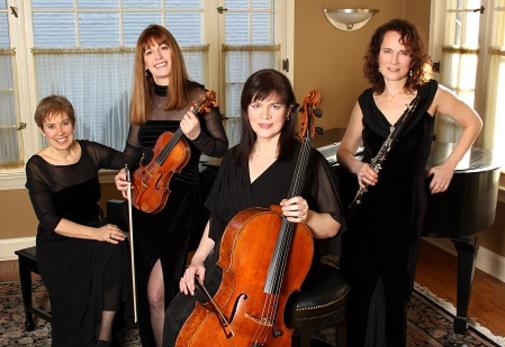