Said Geneva's orchestra director Julie Lawrence of the Orion Ensembe musicians, "They're really good teachers, they have really great ideas, and they're expanding horizons."   Orion has created Janet's Stage to celebrate the life, special leadership and service of longtime former Board Chair Janet Safanda, who passed away in 2012. "This multi-year high-impact program pays tribute to the ways Janet's special signature has been written on the ensemble's development and vision," noted Pirtle. "We are grateful for the significant funding from individual donors in the Fox Valley and are hoping to secure more funding from the community at large to continue and expand this initiative."

Orion's 22nd season, A Taste of Chicago, A World of Romance, focuses on a distinct Chicago composer for each of four concert programs; Orion performs every program at three venues including Geneva, downtown Chicago and Evanston. The season began in late September with "Stepping Out," featuring work by Jim Gailloreto, and continues with "Rhapsody" in November and December, spotlighting music by Sebastian Huydts; "Jubilation" in March, showcasing work by Stacy Garrop; and "Celebration" in May, highlighting work by Marc Mellits. 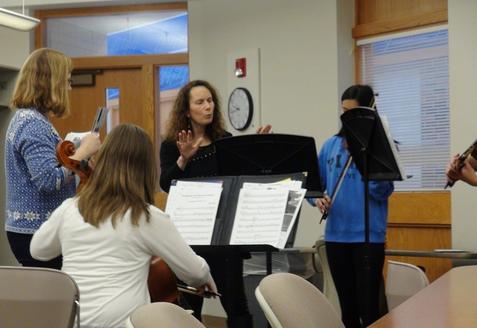