The Joan W. and Irving B. Harris Theater for Music and Dance recently announced the appointment of Patricia Barretto as Interim President and CEO, effective immediately.

​“Paul Organisak has requested an indefinite leave of absence from his current role as President and CEO,” said Alexandra Nichols, Chairman of the Board of Trustees for The Harris.

​Ms. Nichols said, “This is a very exciting time at the Harris Theater, and Patricia has been integral to its recent successes. Patricia’s track record in arts management and her passion for engaging new audiences made her the logical choice to step into this role in Paul’s absence.”

Barretto joined the Harris Theater executive team as Vice President of Marketing & Communications in 2015, and in 2016 took on an expanded role, overseeing the marketing, development, and community engagement departments as Executive Vice President of External Affairs.

Under her leadership, the Harris Theater exceeded its ticket sales goals for two seasons, reaching 105% of its target revenue. During the 2016-17 season the Harris saw approximately 40,000 patrons for its presented performances, an unprecedented number in the theater's 13-year history.

A statement from the theater noted that Barretto has been instrumental in the achievements of the past two seasons at the Harris Theater during the completion of its building expansion and renovation; announcement of Brian Brooks as its first ever Choreographer in Residence; the launch of the brand-new MIX at SIX series; and providing strategic support to the Theater’s resident companies in expanding their audiences.

Barretto said, “I am deeply honored and excited to take on this key position at the Harris Theater. Building on the success of the past 13 years, this role will allow me to help in shaping its future. It is a great privilege to be able to collaborate with the Theater’s outstanding staff and committed Board of Trustees.”

Drawing from more than 20 years of combined experience with the Toronto Symphony Orchestra, the Royal Conservatory of Music, Canadian Stage, and Opera Atelier, Barretto is known for her expertise in programming, brand development, fundraising, and innovative marketing strategies.

As an active member of the arts community in Toronto, she served on various panels including the Canada Council for the Arts and the Toronto Arts Council, recognizing the country’s most talented and innovative artists. She has demonstrated a passion for nurturing young professionals, developing new audiences, and fostering lifelong patrons of the arts. 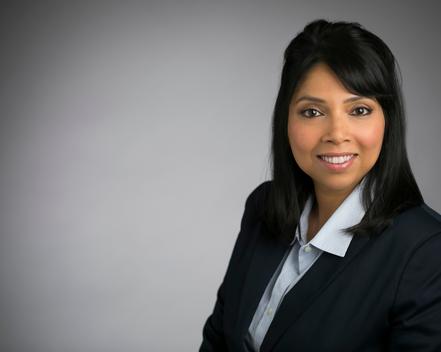