Distinctly referred to as "a redwood tree, with deep roots in American culture," Dr. Maya Angelou (April 4, 1928-May 28, 2014) led an incredibly prolific life. As a singer, dancer, activist, poet and writer, she inspired generations with lyrical modern African-American thought that pushed boundaries. Best known for her autobiography I Know Why the Caged Bird Sings (Random House), Dr. Angelou gave people the freedom to think about their history in a way they never had before. The first feature documentary about her life, American Masters -- Maya Angelou: And Still I Rise, premieres nationwide Tuesday, February 21 at 8 p.m. on PBS (check local listings) during Black History Month as part of the 31st season of Thirteen's American Masters series. PBS Distribution will release the film on DVD the same day, with additional bonus features, and on Digital HD February 22.

"The film reflects on how the events of history, culture and the arts shaped Dr. Angelou's life, and how she, in turn, helped shape our own worldview through her autobiographical literature and activism," said co-director and co-producer Rita Coburn Whack (Curators of Culture,  Remembering 47th Street, African Roots American Soil).

​This week, American Masters launched a year-long online campaign, #InspiringWomanPBS, based on themes central to Dr. Angelou's life: artistic expression, academic success, active community engagement and acceptance of difference. People can share stories of inspirational women in their own lives via text, images or videos on the American Masters website (http://pbs.org/americanmasters) or via Tumblr, Twitter and Instagram using the hashtag #InspiringWomanPBS.

A video compilation series of the best submissions will be featured on PBS' Instagram Stories and Snapchat channels throughout the year. Additionally, previously unreleased videos from Maya Angelou: And Still I Rise and In Their Own Words: The American Masters Digital Archive will be released as part of the campaign, along with new episodes of the American Masters Podcast.

WNET Education will work with local PBS stations and local arts organizations across the country to engage diverse audiences in the campaign through a series of free, community-based screening events. They will also create educational resources based on the film for PBS Learning Media. Funded by the Corporation for Public Broadcasting, #InspiringWomanPBS is the latest example of American Mastersand WNET's commitment to educate and entertain audiences beyond broadcast.

​Maya Angelou: And Still I Rise premiered to critical acclaim at the 2016 Sundance Film Festival. It won the Audience Award at AFI Docs and was featured at notable film festivals worldwide, including Full Frame, Sheffield, IDFA and Seattle, winning 17 awards on three continents, and has been nominated for an NAACP Image Award. Launched in 1986, American Masters has earned 28 Emmy Awards - including 10 for Outstanding Non-Fiction Series and five for Outstanding Non-Fiction Special - 12 Peabodys, an Oscar, three Grammys, two Producers Guild Awards and many other honors. The series' 31st season on PBS features new documentaries about Patsy Cline (March), Chef James Beard (May 19) and Chef Jacques Pépin (May 26).

The life of the legendary Dr. Maya Angelou will be profiled in an upcoming American Masters series on PBS (photo by Getty Images).

American Masters to Present First Documentary Look at the Life of the Iconic Dr. Maya Angelou 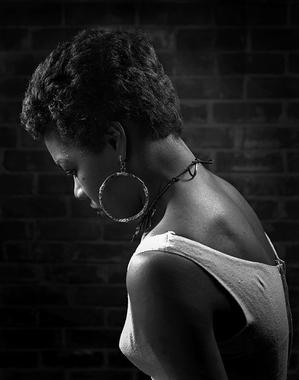