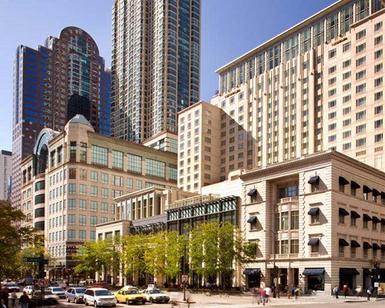 The Peninsula Hotel in downtown Chicago is hosting an exciting art exhibition from noted contemporary collector, Beth Rudin DeWoody’s art holdings, curated by Laura Dvorkin in collaboration with Circa 1881. Titled Whoville, this exhibition coincides with the annual Expo Chicago, the International Exposition of Contemporary & Modern Art, taking place at Navy Pier, September 22 to 25, 2016.  The installation, featuring a number of Chicago artists, debuted on September 9, 2016 and will be displayed throughout the hotel’s lobby through October 23, 2016, as a part of a public art project. Whoville is the latest project from The Peninsula Hotels’ ongoing partnership with Circa 1881 to present rotating art exhibitions of world-class contemporary art for the hotels’ public spaces. Circa 1881 produces art exhibitions and programming in collaboration with noted collectors or from artworks on loan from private collections it has under management.

​Beth Rudin DeWoody’s sizable collection is known for including emerging, established and sometimes overlooked artists and has been featured at the Norton Museum of Art in West Palm Beach and the Parrish Museum in Southampton, among other institutions. Beyond avidly collecting works, DeWoody curates exhibitions and supports several art institutions.

Of Whoville, DeWoody notes, “Collaborating with Circa 1881 on this exhibition has provided an exciting opportunity to share my collection with Peninsula Chicago guests and the greater public. I look forward to attending EXPO CHICAGO and exhibiting the Whoville artists in Chicago, a city to which many of them are historically linked.”

​Whoville contains over 30 artworks and is both an exclusive glimpse into the collecting world of Beth Rudin DeWoody, one of America’s most notable collectors, and a celebration of Chicago’s distinctive artistic history. The contemporary artworks were handpicked by Dvorkin, who has worked with the BRD Collection for several years. The exhibition highlights some of Chicago’s most prominent artists, past and present, along with an eclectic selection of works that explore travel, transformative environments or share the fantastical, surreal aesthetic of Dr. Seuss’ fictional land, Whoville. Featured artists include: Thomas Beale, Roger Brown, Nick Cave, Liz Craft, Mira Dancy, Ed Flood, Theaster Gates, Art Greena and Kerry James Marshall, among a host of others. The art represented in this exhibition spans an array of media including drawing, painting, collage, sculpture and installation in the form of a 1961 Caravel Airstream Trailer with hand blown glass, welded aluminum and LED lights. The latter composes Randy Polumbo’s Love Stream #2, which will be displayed outside the hotel from September 22 through 25. The piece will be open to the public for viewing daily from 12:00 p.m. to 5:00 p.m. The balance of the collection is open to the public and will be displayed on the 5th floor main lobby level from September 9 to October 25.

​Says Maria Razumich-Zec, regional vice president and general manager of The Peninsula Chicago, “We are delighted that Ms. DeWoody will showcase pieces from her renowned collection at The Peninsula Chicago. Known for celebrating stimulating art within the hotel, we believe it is our obligation to continue to display works that provoke thought, emotion and dialogue. The pieces selected by Laura Dvorkin from Ms. DeWoody’s collection should accomplish this feat. We hope this collaboration with Circa 1881 will further elevate the perception of Chicago as a pillar among the world’s art community.”

Whoville, is a playful reference to the noted Chicago artist group, the Hairy Who, most of whom studied at the School of the Art Institute of Chicago and exhibited together at the Hyde Park Art Center in the 1960s. The Hairy Who challenged popular taste by producing whimsical, absurd, grotesque and sometimes vulgar imagery. Like the surrealists, they were interested in the stranger and darker aspects of the human mind. Three of the six founding members of the Hairy Who (Gladys Nilsson, Karl Wirsum and Art Green) are included in Whoville.

​Many of the other artists featured have connections to Chicago, such as Nick Cave, Ed Flood, Theaster Gates and Kerry James Marshall.