This summer, Steppenwolf Theatre Company will present the Chicago premiere production of The Roommate by Jen Silverman, directed by Tony Award Winner Phylicia Rashad. A unique story that expresses how early-life choices can lead to mid-life challenges and the humorous, touching and unexpected rewards of bridging the divide, the Steppenwolf production will feature ensemble members Ora Jones as Robyn and Sandra Marquez as Sharon.

Sharon is Midwestern nice. But to Robyn, her new roommate from the Bronx, that just means very nosy and very, very talkative. A comical mismatch leads to a surprising and touching friendship in the new comedy about how early-life choices lead to mid-life challenges and the unexpected rewards of bridging the divide.

A warm, funny story about a chance cohabitation that sets two lives spinning, The Roommate premiered at the Actor’s Theatre of Louisville in 2015 and has received subsequent productions at South Coast Rep, Williamstown and SF Playhouse. Ms. Silverman other works include The Moors, Phoebe in Winter, The Dangerous House of Pretty Mbane (Barrymore Award) and Collective Rage: A Play in 5 Boops (Woolly Mammoth). She is a member of New Dramatists, and has developed work with the O’Neill, New York Theatre Workshop and the Royal Court in London, among others. A recipient of the Helen Merrill and Yale Drama Series Awards, she’s also a two-time MacDowell Fellow and 16/17 Playwrights of New York (PoNY) Fellow at the Lark.

Phylicia Rashad (director), one of the entertainment world’s most extraordinary performing artists, has been bringing laughter to millions of television viewers around the world, moving theater-goers to tears, thrilling movie fans, offering new insights to students by teaching at renowned learning institutions such as Howard University and Julliard, and breaking new ground as a director.

​Ms. Rashad’s directing credits include August Wilson's Gem of the Ocean at the Seattle Repertory Theatre, Wilson's Ma Rainey's Black Bottom and Joe Turner’s Come and Gone at the Mark Taper Forum in Los Angeles (2014 NAACP Theatre Award for Best Director). This spring Ms. Rashad makes her NYC stage directing debut with the comedy Our Lady of 121st Street, running off-Broadway from May 1 to June 10.

Drama Desk and Tony Award winner for Best Actress in a Play for her riveting performance in the Broadway revival of Lorraine Hansberry’s A Raisin In The Sun, Ms. Rashad also received the 2016 Lucille Lortel Award for Outstanding Leading Actress in a Play for her performance in Steppenwolf ensemble member Tarell Alvin McCraney's Head of Passes at the Public Theater, which played at the Mark Taper Forum this fall. Her Broadway performance in Steppenwolf’s production of ensemble member Tracy Letts’s August: Osage County compliments a host of prominent Broadway credits for her.

Her television and film credits are numerous and memorable, but her most memorable and enduring role is that of beloved mother and attorney Claire Huxtable on the seminal 1980s hit comedy, The Cosby Show.

​The Roommate runs at Steppenwolf Theatre’s Downstairs Theatre June 21 through August 5, 2018. Visit steppenwolftheatre.org for more information or for tickets.​ 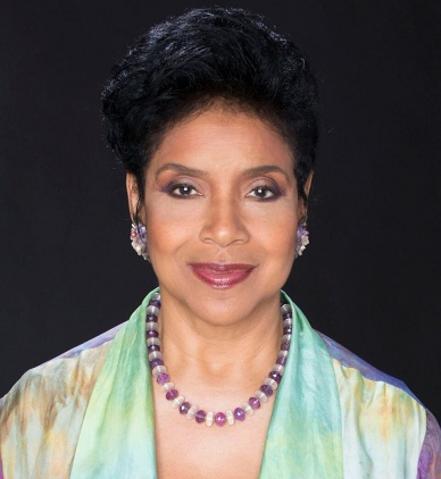 Acclaimed actress and director Phylicia Rashad will direct the Chicago Premiere of  Jen Silverman's The Roommate at Steppenwolf Theatre this summer.