Uchida’s program opens with one of Schubert’s earlier and boldly experimental works, Sonata in B Major, D. 575, which contains wide thematic leaps and sudden switches in harmonic structure. Following is Schubert’s Sonata in A Minor, D. 845, a mammoth work known for its theme and intricate set of variations in the Andante movement. Closing the program is Schubert’s Sonata in D Major, D. 850, the most extroverted of his piano sonatas through which he reflects the grandeur and beauty of the landscapes he experienced throughout his journey to the Austrian mountain village Gastein.

Known for her interpretations, intricate technique and humble passion for musical expression, Uchida is one of the most sought-out pianists internationally and has earned the title as one of the best pianists of the century. According to Time, Uchida plays with a “remarkable combination of energy and tenderness, a considerable rhythmic freedom and a lovely tone.” Throughout 30 years of her career, Uchida’s recordings and performances have won her numerous awards including Gramophone Awards for Best Instrumental Recording and Best Concerto Recording, BBC Music Magazine Instrumentalist of the Year and a Grammy Award for Best Instrumental Soloist Performance. She has also been artist-in-residence at some of the finest orchestras and venues, including the Cleveland Orchestra, Berlin Philharmonic, Vienna Konzerthaus, Salzburg Mozartwoche and Lucerne Festival, as well as director of the Marlboro Music Festival. This season, Uchida also collaborates with clarinetist Jörg Widmann for a series of concerts at Wigmore Hall, Elbphilharmonie and Carnegie Hall. 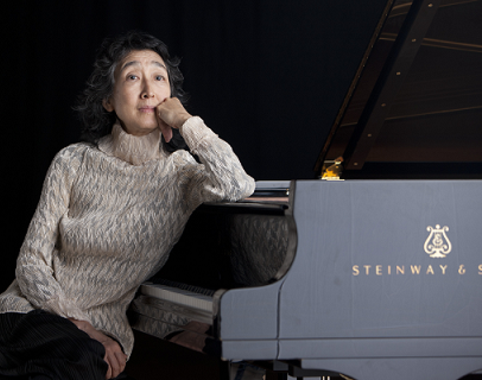