Chicago Sings, Porchlight’s annual fundraiser, has honored artists and organizations whose music has changed the world, and this year, in addition to celebrating the company’s 25 years, Porchlight Music Theatre is honoring director Gary Griffin with the 9th annual Guy Adkins Award for Excellence in the Advancement of Music Theatre in Chicago. Past recipients include director/choreographers Brenda Didier and Rachel Rockwell, actors E. Faye Butler, Paula Scrofano and Hollis Resnik, music director/conductor Doug Peck and directors Dominic Missimi and  L. Walter Stearns. The committee that chooses the annual award-winner is comprised of past recipients and some of  Chicago’s leading music theater aficionados.

Chicago Sings subjects have included Sinatra and the Rat Pack, Motown, The Beatles, the Disney studios and the works of Stephen Sondheim, John Kander and Fred Ebb, Jerry Herman and others. Join Porchlight with Chicago’s music theatre legends and up and comers as they salute Porchlight productions from its 25 year history.  Fan favorite performances as well as new takes on beloved Porchlight productions will take place during the evening’s salute.

​The event will include music from the past Porchlight productions Ain’t Misbehavin’, Assassins, Cabaret, Candide, Children of Eden and more.

Born in Rockford, IL, honoree Gary Griffin has directed productions in Chicago, on Broadway, off-Broadway London and throughout the United States.  In Chicago, where he has won ten Joseph Jefferson Awards, Griffin has directed more than twenty productions at Chicago Shakespeare Theater, including: King Charles  III, Road Show and Gypsy. Additional Chicago credits include The Merry Widow, The Mikado and Oklahoma at Lyric Opera. His Broadway credits include Honeymoon in Vegas, The Apple Tree and The Color Purple. In London, he directed Pacific Overtures at Donmar Warehouse which won the 2004 Olivier for Outstanding Music Production. Griffin has spent seven seasons at the Stratford Festival of Canada, where his credits include: West Side Story and Camelot.

​​Reception for the August 6 Porchlight Music Theatre Chicago Sings concert begins at 6 p.m. with a cocktail hour and light appetizers.  Performances, awards ceremony and paddle raising begins at 7 p.m. in the Edlis Neeson Theatre. Tickets are on sale for $125 at PorchlightMusicTheatre.org or by calling 773.777.9884.  Tickets at the door will be $150. The event has reserved seating and supports Porchlight Music Theatre’s educational and artistic programming. 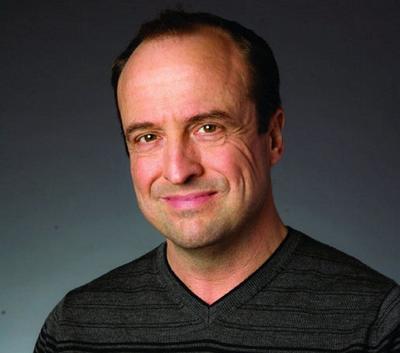