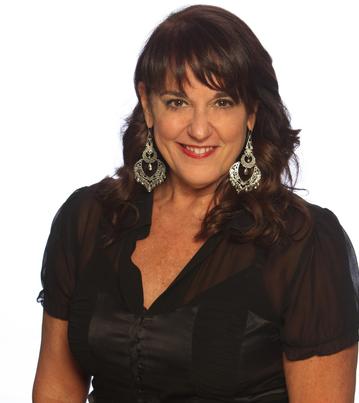 Giordano Dance Chicago's upcoming Summer Series at Auditorium Theatre will serve as a thoughtful homage to jazz dance and a profound reflection for the company's artistic director and heir to its amazing legacy.

​Giordano Dance Chicago is quite possibly one of Chicago’s best-known legacies. Next to the Cubs, and our very own deep-dish pizza, jazz music, dance and culture, is truly quintessential to Chicago. Currently at the helm of this city legacy is Nan Giordano, daughter of the late, great, Gus Giordano himself. If anyone is living legacy, suited to devoting their life’s work to preserving this classic, it’s Nan. From her programming choices to the team members she chooses to keeping classic repertory pieces alive, her leadership has allowed this Chicago staple to continue to be exactly what her father created, and to grow with the city simultaneously.

In June, the company celebrates 55 years, over half of which, she’s been artistic director for the company. “It’s a magical show for me because it culminates 33 years, and then we go on to the 34th, but that’s a long time to be at the helm,” Nan says in an interview. Thirty three years is indeed a long time, but Nan’s accomplishments and the company’s following in Chicago are a testament to her great work and positive attitude throughout the years. Her zest for the work she does is evident as she speaks about the company with excitement and energy. She explains, “There is an electricity, but you see, that’s the fabric in our organization…energy. So the cool thing is that it happens before the show even begins and then it keeps going up, up, up.” Giordano audiences remain some of the most devoted followers of Chicago dance, and follow the company and its dancers with an almost religious ferocity. Perhaps Nan doesn’t foster this purposefully, but it seems to be a byproduct of the company’s contagious energy. She insists, “But that’s important to us, the energy, we create energy, that’s one of our strengths.”

​This energy comes to fruition in the upcoming Summer Series, a one-night-only event on June 9th at the Auditorium Theater. With a catalogue as vast as Giordano’s, one wonders which oldies will be polished up, and which will shine on the newer side. When asked how she curated this season closer, she explains, “I wanted to do an homage to our 1963 beginning and heritage at the end of our 55th season, and my 33rd year at the helm. We are doing a very jazz dance inspired program.” In programming this Series, Nan stresses that the legacy of her father’s work and company is most important to her, but that she also tosses ideas around with her teammates. In the end, programming such a momentous anniversary comes down to her own decisions, “It has an evolution for sure. Sit on it, come back to it, ultimately the final decision making would be mine.”

Her final decisions combine to make a delectable arrangement of some oldie audience favorites, and some newer, or perhaps less well-known selections. This program has no new premieres but celebrates legacy through and through. True to the history of the company, this program focuses on company works that are heavily jazz-dance influenced. While the company is, obviously, a jazz dance company, in its contemporary life, it has ventured away from traditional jazz, and tried its hand at more contemporary works. “I decided at the end of our 55th season, we are really focusing on more of the jazz works. It’s a jazz program,” says Nan.

​If counting on Chicago’s premiere jazz company to do a jazz-heavy program isn’t enough of a sure thing for a celebratory anniversary, audiences can also rest assured that legacy will play a role in other ways as well. A Gus Giordano tradition entitled Wings will be danced by Cesar Salinas, a former company member who has retired and now acts as artistic programs director for the company. “He has been with the company since he was 19, he embodies the Giordano technique, as a gift to me and the company, he’s coming out of retirement, getting himself into shape, and will be dancing Wings. That is really spectacular, and special to me,” says Nan. “It’s just a trademark of the Giordano technique. The dancers love doing it, it really speaks legacy.” Wings will include the Bournee Family, a mother and her eight children, singing a capella. “Their voices are transcending, and the combination of my dad’s choreography, Cesar on the stage, and the Bournee family, it is a trio of treats. It will be very powerful.” says Giordano.

Unmistakable Giordano jazz isn’t all to expect from the Summer Series, though, additional gems include Joshua Blake Carter’s Take A Gambol, the newest work on the bill. Premiered in March at The Harris Theater for Music and Dance, Gambol features eight men from both the first and second companies. “It is very masculine, fun, and entertaining,” gushes Giordano. “It came into fruition kind of late in the game after much discussion and I can’t even tell you how we made it happen, but we did!”

After speaking with Nan Giordano about a powerful, jam-packed program, it becomes clear just how dedicated she is to the company, its dancers, and its role in the Chicago dance world, and beyond. As much as dedicated Giordano audience members cherish and relish the performances, Nan shows her dedication when she says, “Everyday is a gift with the company, and I really truly embrace it, as do our dancers and our entire team.” And if you’re one of the lonely few who’ve never seen Giordano Jazz Dance Chicago live, perhaps the closing performance of their 55th season is the perfect time to jump on board.

Of the experience, Nan may have put it best, “I love it when someone comes for the first time because they have no idea what to expect.”