It’s quite difficult to define Alan Cumming. He fiercely resists labeling. His career has demonstrated a staggeringly diverse range in both genre and medium. He’s performed Dionysus on the live stage and voiced a Smurf on the big screen (twice, his biography proudly proclaims). He worked with Stanley Kubrick in back-to-back film projects and the Spice Girls in yet another. He’s a New York Times best selling author of a searingly raw and touching memoir and the face of an iconic X-men teleporting mutant (X2 Xmen United). His career has touched virtually every range of every audience from stage to screen to literature, and yet saying he is eclectic is like saying the sun is bright and hot. It tells us little about who he is and where he fits in.

If Cumming’s childhood was emblematic of emotional suppression, his adulthood has been nothing if not illustrative of free expression, a freedom that has fueled an extraordinary Tony and Olivier Award-winning theater career, multiple Golden Globe, Emmy and SAG Award nominations for television roles and a burgeoning writing output that has snagged New York Times Best Seller status.

Part camp, part cabaret and all brilliance, Victor and Barry lived on well beyond that first Academy project. After an impromptu engagement at a local pub, the duo went on to enjoy massive success in very short order with tours (including stops at the Fringe Theatre in London and a month-long engagement at the Sidney Opera House), recording projects (Hear Victor and Barry and Faint, and Are We Too Loud?) and television appearances throughout the UK.

After graduation, he began working a great deal in Scottish theater and television. He earned his first Olivier Award nomination for Most Promising Newcomer of 1998 in a Royal Court (London) production of German playwright Manfred Karge’s Conquest of the South Pole. He then went on to win an Olivier Award for a starring role in the Royal National Theatre’s 1990 production of Accidental Death of an Anarchist. He made the jump to the big screen with a starring role in Ian Sellar’s Prague (1992). The film premiered at Cannes and won him Best Actor at the Atlantic Film Festival, along with a Scottish BAFTA Best Actor nomination. Other film roles came soon after, and theater work was plentiful. Every now and again he would return to television.

​On Broadway, Cumming starred with then-newcomers Natasha Richardson and Ron Rifkin, and his performance would cement him in the annals of Broadway musical legend. He snagged Tony, Drama Desk, Outer Critics’ Circle, NY Press, Theater World, FANY and New York Public Advocate’s Awards for his portrayal. His legendary role would be revived again on Broadway in 2014, where his fame only added to its unique luster. Starring with Michelle Williams and Sienna Miller this time, The Guardian would write of his performance, “As was the case the first time round, the show (Cabaret) is Alan Cumming's and his MC has to be one of the great stage performances of all time.”

While Cumming certainly prizes his time as the great Master of Ceremonies, there is a bit of irony baked into the pie. Always devoted to honesty in his work, musical theater as a medium has never been a real favorite of Cumming’s since his early days back at the Royal Scottish Academy. “My problem with it, sometimes, is I worry that serious topics are diminished if they are treated in a musical form,” he told me. “I think it...sometimes diminishes the message and the circumstances by telling the story in a way that involves, you know, basically pop songs. That’s my worry. And, of course, you know there are absolutely exceptions to that rule, and I look at Cabaret as one of them. I think Cabaret is a very wonderful, hugely important, very dark story. I don’t think it diminishes it in any way. I think it actually exults it. So yes, it can be done, but I just think for the most part it tends to become a little pretentious, and I worry that at the end of the day, it comes off as detrimental and patronizing.”

​“I’ve noticed that projects that I’ve been most successful in are the ones where I connect with an audience in a very personal way,” Cumming revealed. “Sometimes that’s when I’m playing a role, sometimes its when I am live on stage…I’ve often wondered what makes people want to come and see someone like me on stage in a role, in a performance. You might say, ‘Well, I’m a good actor.’ But it’s about more than being a good actor. It’s about authenticity. It’s because what you see is what you get, and I feel that that is something people want in a very primal way.”

​The novel revealed perhaps one of the biggest reasons for Cumming’s incalculable range. As he told the New York Times, “I choose to be in the light, but I have access to the darkness.”

As it turns out, Horne was also involved with the upcoming Madi Gras festival in Australia at the time. When the planners of the festival learned of Cumming’s first solo show, they invited him to perform it there as well, and all of a sudden, things started getting very real. “So, my first two shows as a solo cabaret artist were at Lincoln Center in New York City and Sidney Opera House in Australia,” Cumming told me. “And it’s like I just felt, ‘What the f—k?’” On a dime he was presented with the prospect of having two huge forums to “try out” a medium he wasn't that confident about.

“It’s kind of revisionist history,” he told me. “I mean, you can’t change the makeup of a whole nation.

​He sings a lovely rendition of “Falling in Love Again” by German composer Friedrich Hollaender (originally sung by the great Marlene Dietrich) and Polish film composer Bronislau Kaper’s “Hi-Lilli, Hi Lo” (made popular in the 1952 film, Lili), spotlighting the contributions of composers from other countries and the pride they held for their own home lands.

This summer, Chicagoland audiences will get a heavy dose of Cumming’s Scottish authenticity when he brings Legal Immigrant to Ravinia (July 13) in Highland Park, and for a venue as intimate and personal as it is grand, the show promises to be one of the most memorable on the summer calendar.

Chicago audiences are in for a heavy dose of honesty this summer when the acclaimed actor, singer and author takes the stage at Ravinia with Legal Immigrant, his new self-described "Scottish Cabaret." 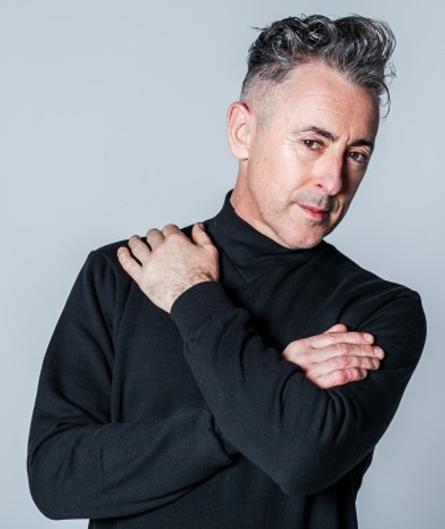