Raven Theatre Founders to Step Down After 2017-2018 Season

Raven Theatre Company last week announced the theater’s founders and co-artistic directors Michael Menendian and JoAnn Montemurro will retire at the end of the 2017-2018 season, after leading the company for 35 years. Since founding Raven Theatre in 1983, Menendian and Montemurro have produced, directed, designed and/or appeared in more than 100 productions. Under their leadership, the company has occupied two long-term theater spaces – the first in Roger's Park from 1985–1999 – and the company's current home in Edgewater since 2002. During their tenure, Raven Theatre has been honored with 23 Jeff Awards and 85 Jeff Award nominations. The company will celebrate its 35th anniversary in March 2018.

Walter Pophin, president of the theater’s Board of Directors, said: “We are deeply grateful for the work which Mike and JoAnn have done over the years for the theater. Through their effort and inspiration Raven Theatre has offered high quality, accessible modern drama to Chicago audiences for 35 years and has established a dynamic education program in the local public schools.”

Michael Menendian and JoAnn Montemurro founded Raven Theatre Company in March of 1983. The company was itinerant until August of 1985, when it moved into a storefront in Chicago’s Rogers Park neighborhood, which had previously been the Rogers Park Post Office. The company renovated the space into a 70-seat black box theater. During its time in this location, the company produced 41 shows, most of which were revivals of classic works from the American canon.

​The Rogers Park space was taken over in 1999 by the Chicago Public School system, and the company was forced to find a new home. With the assistance of community leaders and philanthropists, Raven purchased a 10,000-square foot building in November of 2000 at the corner of Granville and Clark in Chicago’s Edgewater, which had previously housed a grocery store. Over the course of two years, the company renovated the space to fit the needs of a theatrical venue. It now has two stages – a 130 seat East Stage and a 55 seat West Stage, as well as administrative offices for the company’s five full-time and five part-time staff members. In 2016, the company liquidated the mortgage on the building and now owns it outright.

​Raven began performing in its Edgewater location in August of 2002. As of June, of 2017, Raven has mounted 58 productions in this building, most of which again were revivals of classic American plays. However, beginning in 2014 the company began a concerted effort to include more Chicago and world premieres in its programming.

​The company entered a new phase of its development in June of 2013. Raven hired its first executive director, strengthened its board of directors with new members who possessed a broader array of organizational development skills, and expanded its staff to include full-time development and marketing personnel. In so doing, the company nearly doubled in size. Raven is continuing to implement its strategic plan of developing the infrastructure necessary to ensure that the theater will remain a vibrant part of the Chicago theatrical landscape following the retirement of its founders. 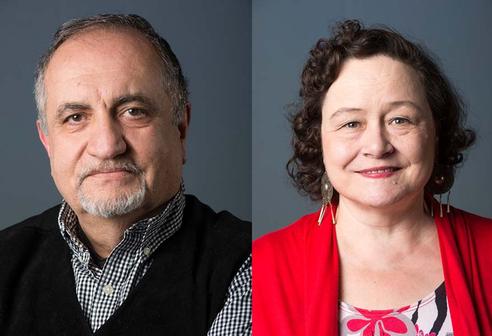