​Beginning just two weeks after Springfest/17: Stuff wraps up, CHFNow's Summer programming series will kick off with Gabourey Sidibe, the star of Precious and Empire. Sidibe comes to CHF to discuss her memoir, This Is Just My Face: Try Not to Stare. She'll be joined in conversation by journalist and essayist Britt Julious.

On Wednesday, May 24, Laura Kipnis, a professor at Northwestern University, will address what she's calling "the new sexual McCarthyism" on college campuses. Stemming from her experience as the subject of a Title IX investigation (over a controversial essay), Kipnis will discuss her exploration of how efforts to over-regulate sex harm students, as well as our democracy. Kipnis' program is presented in partnership with WBEZ 91.5 FM Chicago.

On Monday, June 19, Roxane Gay returns to Chicago to discuss her fascinating new memoir, Hunger. Gay, the author of the best-selling Bad Feminist, considers her own life as a gateway for exploring pleasure, consumption, appearance and health.

Closing out the CHFNow Summer season will be Arundhati Roy. On Friday, June 23, Roy, the acclaimed author of the Man Booker Prize winning-novel The God of Small Things, comes to CHF with her second work of fiction (her first in two decades), The Ministry of Utmost Happiness.

​Tickets for CHFNow's Summer 2017 schedule go on sale to CHF members on Tuesday, April 4 and to the general public on Thursday, April 6. Tickets can be purchased by calling the CHF Box Office at tickets.chicagohumanities.org. 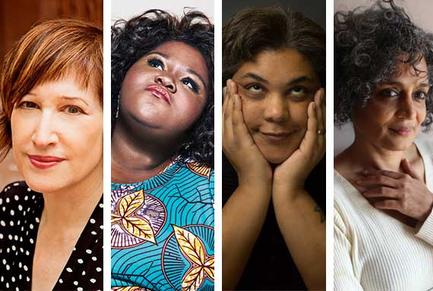