French soprano Sandrine Piau will perform with pianist Susan Mannof in an art song recital this winter at University of Chicago Presents in Hyde Park (photo by Sandrine Expilly). 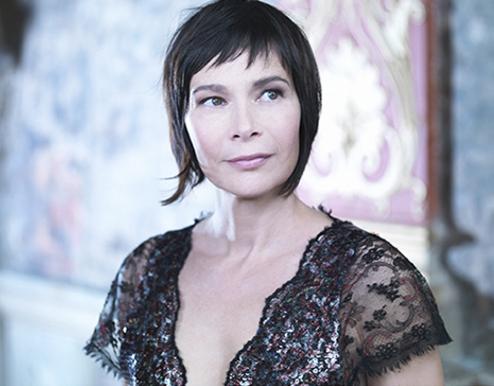 French soprano Sandrine Piau, best known for her work in Baroque opera, is an enchanting recitalist. She has performed at Wigmore Hall, Carnegie Hall, and Covent Garden Festival, and with some of the world’s most prestigious orchestras, including Berlin Philharmonic Orchestra and Orchestra de Paris. Piau received the title of Chevalier de l'Ordre des Arts et des Lettres and was named Lyrical Artist of the Year in the 2009 Victoires de la Musique Classique award ceremony.

Acclaimed pianist Susan Manoff is a champion of the art song repertoire and a passionate advocate of chamber music. A regular guest artist at international festivals, Manoff has performed at major concert halls around the world and has an extensive recording career. She is currently a professor at the Conservatoire National de Musique et Dance de Paris.

As duet partners, Ms. Piau and Ms. Manoff have performed throughout the world, including a recent tour throughout the United States and Japan. They have recorded two albums together - Evocation and Après un Rêve - to great acclaim.

​The February 17th concert will be preceded by a 6:30 p.m. pre-concert lecture with Anabel Maler, PhD student in Music Theory at the University of Chicago.For tickets or for more information about the event, call 773.702.ARTS (773.702.2787) or visit tickets.uchicago.edu.