Sideshow Theatre Company has announced the appointment of Brian Pastor as its new executive director effective this month. Pastor succeeds Stephanie Weddell, who has served alongside artistic director Jonathan L. Green since April 2016.

Brian Pastor is the founding executive director and the current artistic director of Promethean Theatre Ensemble, as well as resident director at City Lit Theater. Brian previously served as executive director of Raven Theatre and, prior to that, spent ten and a half years on staff at City Lit Theater, the last nine as managing director. They are also a former board and company member of The Mime Company and a founding company member of Chicago dell’Arte. For the past 15 months, Brian has served as Chief Operating Officer of We All Code, a Chicago nonprofit dedicated to teaching coding and web-development skills to underserved youth.

Comments Pastor, “I am incredibly grateful for the opportunity to help shepherd Sideshow Theatre into its next chapter. I have long admired the company's bold and diverse storytelling, as well as its incredibly talented stable of artists. For a curious artist who has dedicated their career to exploring familiar stories in new ways, it feels like coming home.”

Artistic Director Jonathan L. Green adds, “On behalf of the Sideshow ensemble and board of directors, I am thrilled that Brian will bring their deep knowledge and understanding of the Chicago storefront theater community to continue the invaluable work that Stephanie has done over the last four years.”

Sideshow Theatre Company has dubbed itself “Theatre for the Curious.” Its mission is to mine the collective unconscious of the world we live in with limitless curiosity, drawing inspiration from the familiar stories, memories and images we all share to spark new conversation and bring our audiences together as adventurers in a communal experience of exploration.

Over its 10+ year history, Sideshow has distinguished itself as a vital member of the Chicago theater community. Sideshow was awarded the 2016 Broadway In Chicago Emerging Theatre Award by the League of Chicago Theatres. Sideshow is a multiple Jeff Award-winning theater and is the producer of Chicago League of Lady Arm Wrestlers (CLLAW), a wildly popular fundraiser held in benefit of Sideshow Theatre Company and other local community organizations. 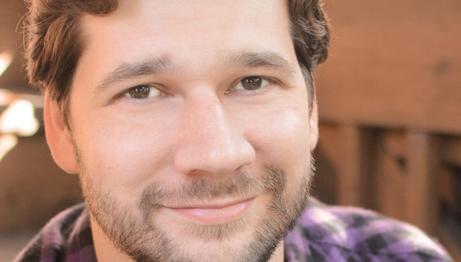