Sotheby's recently announced the recipients of the recently-launched Sotheby's Prize, which in its first year has been awarded to two upcoming exhibitions that explore underrepresented areas of art history: Many Tongues: Art, Language, and Revolution in the Middle East and South Asia (Museum of Contemporary Art Chicago); and Pop América, 1965-1975 (Nasher Museum of Art at Duke University). The $250,000 prize will be shared, with each exhibition receiving $125,000.

In its first year, the Sotheby's Prize garnered interest from around the globe; a total of 92 applications from institutions in 15 different countries across North America, South America, Europe, Russia, the Middle East, Asia and Africa were received, covering a remarkably diverse range of artists in terms of geography, race, gender and sexuality.

The Prize will be officially awarded by the Sotheby's International Council at a celebratory dinner in New York on November 3.

Co-creator of the Prize and Chairman and Executive Vice President of Sotheby's Allan Schwartzman noted, "Each of the exhibitions we selected is dedicated to artists who, until recently, would have been considered peripheral to the mainstream story of the history of art, each representing a different cultural heritage and perspective. The exhibitions all originate at American museums, but are dedicated to art from around the world."

​Robin Woodhead, Sotheby's Prize co-creator and Chairman of Sotheby's International, said of the decision to split the prize, "The decision… was unanticipated and diverges from the original intention the jury had to honor one inspiring and transformative exhibition. However, as the discussions evolved, it was concluded that two equally worthy landmark exhibitions will likely be propelled to fulfillment by sharing the Prize."

Launched in May this year, the Sotheby's Prize is an annual award to support and encourage museums to break new ground. The grant aims to recognize curatorial excellence, and to facilitate exhibitions that explore overlooked or under-represented areas of art history at a time when such projects are becoming increasingly difficult to fund and develop.

​Madeleine Grynsztejn, Pritzker Director of the Museum of Contemporary Art Chicago, said of the award, "We want to create art history, not simply reflect it. With this award, the Sotheby's Prize is accomplishing precisely what it sought out to do, bringing to fruition a groundbreaking and timely, even urgent, exhibition which would not have had enough fiscal fuel to fulfill its ambitious goals without these funds. We are grateful to the Sotheby's Prize for recognizing the importance, now more than ever, of introducing a history of contemporary Middle Eastern and South Asian art to a North American audience."

Led by Dr. Omar Kholeif, Manilow Senior Curator and Director of Global Initiatives, Many Tongues: Art, Language, and Revolution in the Middle East and South Asia will be the most extensive contemporary art exhibition in the Western world to explore the relationship between the Middle East and South Asia. Featuring artists such as Marwan, Saloua Raouda Choucair, Yto Barrada and Nasreen Mohamedi, the exhibition will consider how the revolutionary politics of decolonization have contributed to transcultural exchange between these regions and created a culturally specific visual language.

​Highlighting works that span from 1947 to the present day, the exhibition will trace shared histories of colonization and migration, and religion and tradition across the Middle East and South Asia. Featuring over 200 works of art in all media, the exhibition will be organized thematically, exploring concepts of abstraction, poetry, form, architecture, landscape, memory, archives, and media. 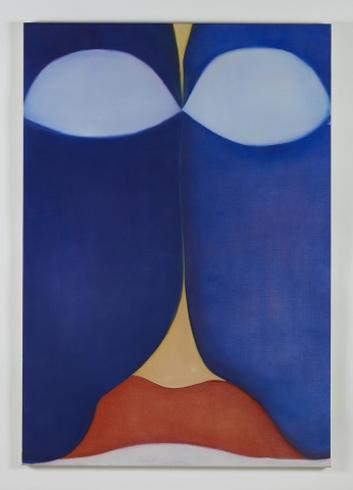