For the 7th year in a row, Chicago will mark Jewish Book Month with One Book | One Community, in which a single title is selected for discussions and activities across greater Chicago. This year’s selection is "Windy City Blues" by Chicago author Renée Rosen ("White Collar Girl" and "What the Lady Wants"). Set in 1950s Chicago, it follows the musical and social revolution through the eyes of a young Jewish woman working at the legendary Chess Records.

Spearheaded by Spertus Institute for Jewish Learning and Leadership, this local initiative of the international Jewish Book Month kicks off with a reception on Sunday, November 19 at 2:00 p.m. at Spertus (610 S. Michigan Ave.). Until then, readers can visit spertus.edu/OneBook to sign up for program details, book and ticket giveaways, and a range of resources related to the book.

"Windy City Blues" features both fictional characters and real-life figures who were key to the rise of blues music in Chicago, from Leonard and Phil Chess of legendary Chess Records to Muddy Waters, Chuck Barry, and Etta James. This fast-paced and thoroughly researched novel gives readers a front seat to key events of the Civil Rights movement, touching on topics that continue to resonate including immigration, discrimination, and the power of music to cross communities.

In the middle of the twentieth century, the music of the Mississippi Delta arrived in Chicago, drawing the attention of entrepreneurs like the Chess brothers. Their label, Chess Records, helped shape that music into the Blues, the soundtrack for a transformative era in American History.

​Leeba Groski became a central figure in both music and Civil Rights. Offered a job at Chess Records, after her passion for music and her talented piano playing captured the attention of her neighbor, Leonard Chess, her position answering phones and scheduling studio time, beccame much, much more. Leeba found love with an African-American blues guitarist named Red Dupree. With their relationship unwelcome in segregated Chicago and shunned by Leeba’s Orthodox Jewish family, Leeba and Red found themselves drawn into the Civil Rights Movement. There they discovered that, in times of struggle, music can bring people together.

Jewish Book Month is an annual event on the American Jewish calendar dedicated to the celebration of Jewish books. It is observed during the month preceding Hanukkah, which begins this year at sundown on Tuesday, December 12.

​For more information about their programs, visit spertus.edu. 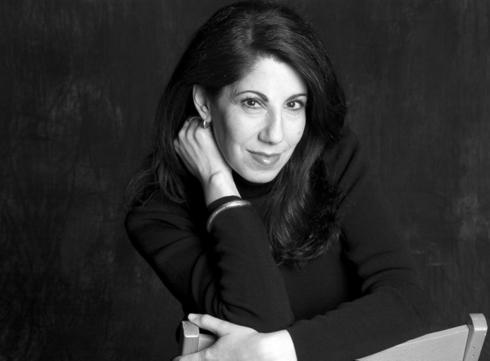