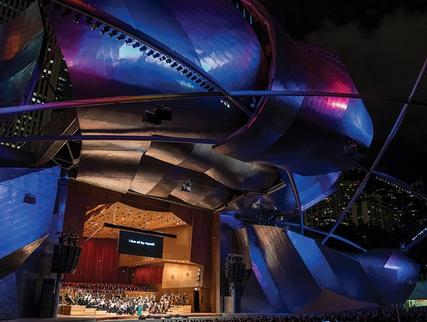 Lyric Opera of Chicago launches its 65th season with the 19th annual Stars of Lyric Opera at Millennium Park concert at the Jay Pritzker Pavilion at 7 p.m. on Friday, September 6. The free outdoor performance, presented in cooperation with The City of Chicago and Millennium Park, annually attracts capacity crowds to the pavilion, great lawn and surrounding areas of the park.

The evening features excerpts from Lyric’s upcoming season, including highlights from The Barber of Seville, as well as selections by Verdi, Puccini, Mozart, and Tchaikovsky. The concert will also include music from Verdi’s Falstaff, Donizetti’s La favorite, Bizet’s Carmen and Rachmaninoff’s Aleko.

The Lyric Opera Chorus will be prepared by chorus master Michael Black.

The climax of the season will be Lyric’s new production of Wagner’s Ring cycle, attracting audiences from around the world to experience the four operas over the course of a single week: Das Rheingold, Die Walküre, Siegfried, and Götterdämmerung (Cycle 1: Apr. 13 – 18, Cycle 2: Apr. 20 – 25, Cycle 3: Apr. 27 – May 3).

All of Lyric’s regular-season performances take place at the Lyric Opera House, 20 N. Wacker Drive in Chicago, with projected English texts for every opera. Subscriptions are still available, as are single tickets for individual performances. Discounts are available for groups of 10 or more.