Thanks to their partnership with actor/musician Steve Martin, traditional bluegrass North Carolina band Steep Canyon Rangers plays music with a progressive flair for more people than any other bluegrass group in America today. Their 2011 collaboration Rare Bird Alert was nominated for a Grammy, and later that year, they won IBMA’s Entertainer of the Year Award. Examiner.com said of the group, “True bluegrass, when done well, is a thing of art and the Steep Canyon Rangers are the genre's current Rembrandt."

This September Rounder Records released the Steep Canyon Rangers’ newest effort Tell The Ones I Love, the follow-up to 2012’s Grammy-winning Nobody Knows You. The new project reflects the spirit of Steep Canyon concerts—an original, freewheeling, high-energy approach to bluegrass that rests mainly on the songwriting of band members Graham Sharp and Charles Humphrey.

The band stretched bluegrass boundaries on this project in their use of drums and percussion. “We didn’t want something that was just a bluegrass track with drums laid on it like an afterthought,” said Sharp. “We wanted something that was really integrated.” They enlisted Jeff Sipe (Leftover Salmon, Susan Tedeschi, Aquarium Rescue Unit), whom Sharp described as “one of the best drummers around.” His propulsive playing helps to drive the title track as well as injecting some funky rhythms into “Camellia.”

On December 8th, Steep Canyon will bring their smooth vocals, smart songwriting and dazzling fingerpicking to Old Town School of Folk Music in performances that will focus heavily on material from the new album. 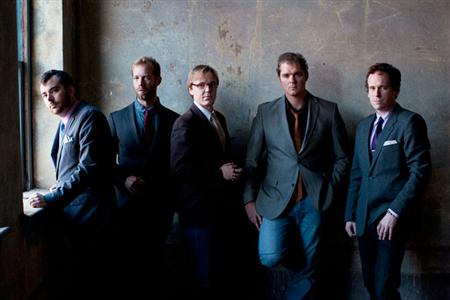