In a special one-night-only event on Monday October 13, Martha Lavey, artistic director for Steppenwolf Theatre Company, will engage in conversation with John Lahr about his latest book, Tennessee Williams: Mad Pilgrimage of the Flesh. The event will take place Monday at 7 p.m. in Steppenwolf’s Downstairs Theatre in Chicago’s Lincoln Park. Lahr, who served as senior drama critic for The New Yorker for more than two decades, recently released his twentieth book, an authoritative, extraordinary biography on Tennessee Williams that invites intimate access into the mind of a playwright whose work reshaped the American theater.

The Chicago Tribune calls the book “a crucial contribution to the arguments that should always rage around a man who was one of the greatest American playwrights of his tempestuous century” and The Wall Street Journal describes it as, “by far the best book ever written about America’s greatest playwright.…(Lahr) brings us as close to Williams as we are ever likely to get.”

Tennessee Williams’s work ushered in – as Arthur Miller declared – ‘a revolution’ in American theater. Lahr’s deeply researched biography sheds a light on Williams’s warring family, his guilt, his creative triumphs and failures, his sexuality and numerous affairs and his misreported death.

“John Lahr has penned a seminal account of Williams’s life and work. He does a masterful job of reading the plays and poetry of Williams within the context of the artist’s life and time. It is a gorgeous achievement,” noted Lavey.

Among Lahr’s 20 books are Notes On a Cowardly Lion: the Biography of Bert Lahr, Dame Edna Everage: Backstage with Barry Humphries (Roger Machell Prize) and Prick Up Your Ears: the Biography of Joe Orton, which was made into a film. Since 1992, Lahr has been a regular contributor to The New Yorker, where for 21 years he was the magazine’s senior drama critic and he has twice won the George Jean Nathan Award for Dramatic Criticism. His stage adaptations have been performed around the world; he is the first critic ever to win a Tony Award for co-authoring the 2002 Elaine Stritch at Liberty. For more information on Tennessee Williams: Mad Pilgrimage of the Flesh, visit tennesseewilliamsbiography.com.

The October 13th event will include a Q&A, followed by a book signing in the lobby of Steppenwolf Theatre. For more information or for tickets, call 312-335-1650 or visit  steppenwolf.org. 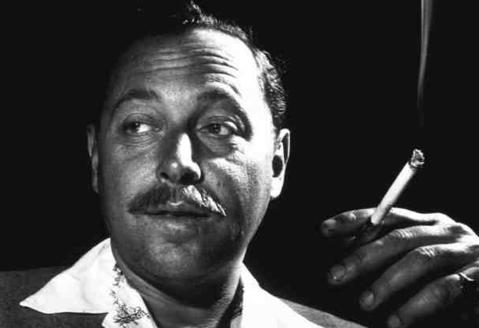