Stage director, singer and Tony Award-winning actress Phylicia Rashad will be honored in the Steppenwolf Salutes Women in the Arts Luncheon in February at Radisson Blu Aqua Hotel in downtown Chicago (photo courtesy of Steppenwolf Theatre). 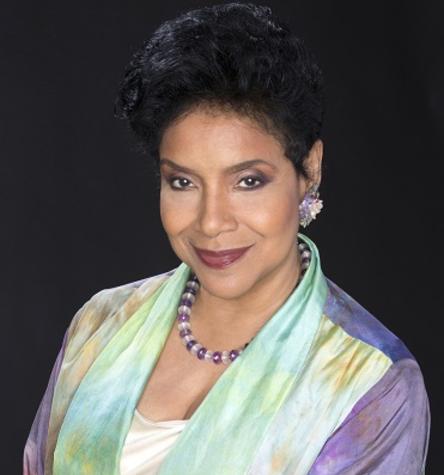 Steppenwolf Theatre Company has announced stage director, singer and Tony Award-winning actress Phylicia Rashad as its 2017 honoree at the annual Steppenwolf Salutes Women in the Arts fundraising luncheon. The event takes place Monday, February 6, 2017 at12 noon at Radisson Blu Aqua Hotel (221 N Columbus Dr., Chicago). Ms. Rashad joins Steppenwolf’s artistic director Anna D. Shapiro for what promises to be riveting conversation about her multifaceted career and her role as a leader in the field.

Rashad is a close collaborator with the Steppenwolf ensemble, having starred as Violet Weston in the Shapiro-helmed 2009 Broadway production of August: Osage County and more recently, in ensemble member Tarell Alvin McCraney’s Head of Passes alongside Steppenwolf ensemble member Alana Arenas and directed by ensemble member Tina Landau at the Public Theater in New York. Her powerful work on stage has garnered much acclaim. She was the first African American actor to win the Tony Award for Best Actress in a Play, which she received for her performance of Lena Younger in a revival of A Raisin in the Sun in 2004.

Best known to television audiences for her groundbreaking role of attorney Clair Huxtable on The Cosby Show, for which she received two N.A.A.C.P. Image Awards and two Emmy nominations, Rashad returns to television this season with a featured guest-starring role in Empire. Recent film credits include Tyler Perry’s For Colored Girls and the 2015 Rocky spin-off and sequel, Creed.

Ms. Rashad joins an esteemed company of luminaries. Previous honorees for Steppenwolf Salutes Women in the Arts include Steppenwolf ensemble members Joan Allen, Laurie Metcalf and Martha Plimpton, along with Claire Danes, Juliette Lewis and Julianna Margulies, among a prestigious list of others.

The eighth annual Women in the Arts luncheon brings together nearly 400 leaders from Chicago’s business and civic communities to honor Ms. Rashad for her indelible contribution to the field. The event raises funds for Steppenwolf’s professional development programs, including Steppenwolf for Young Adults, the nationally recognized education program, the School at Steppenwolf, as well as the Professional Leadership Programs, providing apprenticeships, fellowships and internships for the next generation of arts managers and producers.Table sponsorships, starting at $5,000 for Women in the Arts are currently available. Individual tickets, start at $200.