Verdandi Lodge No. 3, founded in 1890 by the Independent Order of Svithiod, has provided fellowship for Americans of Scandinavian heritage, plus scholarships and community support for almost 125 years.

At a time when the population of Swedes in Chicago was second only to that of the native country’s capital city of Stockholm, Verdandi Hall was an essential center of activity for thousands of immigrant members from 1910 until 1973.

The fraternal organization is one of many that helped immigrants become assimilated in their new lives in a bustling city. Its meetings were conducted in Swedish until the late 1940s and its ongoing cultural and educational grants are administered through the Svithiod Benevolent Assistance Program and Scholarship Fund.

The presentation plaque from Swedish Museum executive director Karin Moen Abercrombie and board chair Madelaine Gerbaulet-Vanasse will be accepted by Donald Mellskog and Karl Olle Eriksson of Verdandi.

The museum’s black-tie optional Gala will begin at 6 p.m. with a reception and silent auction. The dinner and program will follow, and music for dancing will be provided by Joe Lill’s Six of One. Tax-deductible reservations may be made at www.SwedishAmericanMuseum.org. 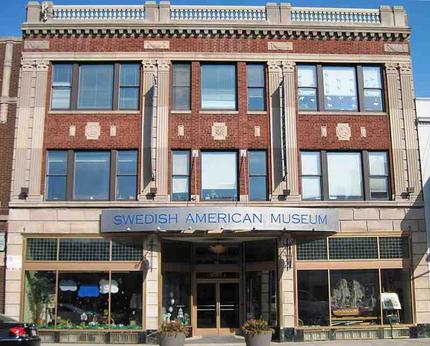