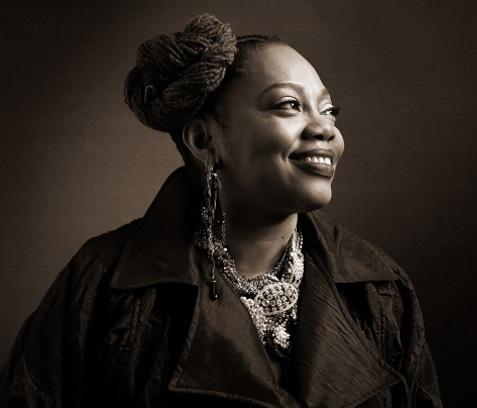 The Symphony Center Presents (SCP) Jazz series continues its 2016-2017 season with  “A Tribute to Sarah Vaughan” featuring The Chicago Jazz Orchestra (CJO) at 8:00 p.m., Friday, May 20. CJO’s conductor and artistic director, Jeff Lindberg, leads his big band with strings and an all-star roster of talented vocalists including Chicago’s own Dee Alexander and Ann Hampton Callaway, as well as Grammy-nominee René Marie in transcriptions of some of Vaughan’s signature standards.

This new, original program is a world premiere presentation that was created in collaboration with the CJO specifically for the Symphony Center Presents Jazz series. The program honors the legacy of the incomparable Sarah Vaughan, a Grammy award winner, NEA Jazz Master award recipient and one of the most unforgettable voices in jazz. At the concert, Vaughan’s contributions to jazz will also be recognized with a special onstage unveiling of the newly issued "Sarah Vaughan Forever Stamp" by special guest Tangela Bush, Postmaster, Chicago District.

Alexander, Callaway and Marie will perform some of Vaughan’s most memorable songs including "Misty" and "Until I Met You," among others. Lindberg, a widely recognized jazz arranger, has recreated Vaughan’s original arrangements by such legendary musicians as Quincy Jones, Thad Jones, Hal Mooney and Ernie Wilkins.

​“Jim Fahey and I have wanted to create a tribute to Sarah Vaughan for years for the Symphony Center Presents jazz series,” said Lindberg. “Sarah Vaughan's immense talent, combined with some of the best composers and arrangers of their time, gave us an incredible output of masterpiece recordings.  Our three wonderful singers, backed by an expanded, 41-piece Chicago Jazz Orchestra performing her original arrangements, give us the opportunity to pay tribute to Sarah in an appropriately grand and swinging way."

​Alexander, Callaway and Marie credit Vaughan with being an inspiration in their work and lives. Alexander is well known to Chicago audiences, receiving numerous awards and accolades including “Jazz Entertainer of the Year” by the Chicago Music Awards. Callaway is best known for her Tony-nominated performance in the hit "Broadway musical Swing!" and recently released the album From Sassy To Divine: The Sarah Vaughan Project: Live at Dizzy's Club Coca-Cola. Marie, a Grammy nominee in the Best Jazz Vocalist category for her album I want to be Evil: With Love from Eartha Kitt,  is a talented singer and songwriter whose signature style involves combining contrasting songs into a new rendition with dramatic results. Marie made her first Symphony Center appearance in a critically acclaimed performance with Wynton Marsalis and the Jazz at Lincoln Center Orchestra in 2015.

​Under the direction of Lindberg, founder, artistic director and conductor, CJO is Chicago’s oldest professional jazz orchestra in continuous operation and one of the oldest jazz repertory orchestras in the country.