The Symphony Center Presents (SCP) Jazz Series will continue its 2016-2017 season with an appearance by esteemed pianist Brad Mehldau and his powerhouse trio, 8:00 p.m., Friday, April 22. The Brad Mehldau Trio (Brad Mehldau, piano; Larry Grenadier, bass and Jeff Ballard, drums) made their debut on the SCP Jazz series in 1999, and returns to the series for the first time since 2009.  Known for stretching musical boundaries and comfortable with a repertoire that includes original compositions, jazz standards and rock hits from artists ranging from Radiohead to Nick Drake to Sufjan Stevens, the Brad Mehldau Trio communicates a unique and broad ranging intensity.

The eclectic ensemble returns to Chicago in anticipation of the June 2016 release of Blues and Ballads, the first for the group since 2012’s critically-acclaimed Where Do You Start. For their new project, the Trio digs deep into the American Blues songbook and pop ballads, imbuing well-known tunes with the group’s distinctive textures and adventurous musical approach. The new release features songs by Buddy Johnson, Cole Porter, Jon Brion, Charlie Parker, Jack Strachey, John Lennon and Paul McCartney.

​Brad Mehldau moved to New York City and first came to prominence as a member of Joshua Redman’s quartet in the 1990s before becoming a bandleader himself. His trio, which tours the world extensively, made eight acclaimed recordings for Warner Bros., including the five widely praised Art of the Trio albums with former drummer Jorge Rossy.

Equal parts improviser and formalist, Mehldau’s musical personality forms a dichotomy. He is first and foremost an improviser, and cherishes the surprise and wonder that can occur from a spontaneous musical idea that is expressed directly, in real time. But he also has a deep fascination for the formal architecture of music, and it informs everything he plays.

In December of 2015, Mehldau received the Wigmore Medal, the first jazz musician ever to do so. Mehldau was also curator of the annual jazz series at London’s Wigmore Hall from 2009 to 2011, and was the first-ever jazz artist to hold the Richard and Barbara Debs Composer’s Chair at Carnegie Hall, in its 2010–11 season. 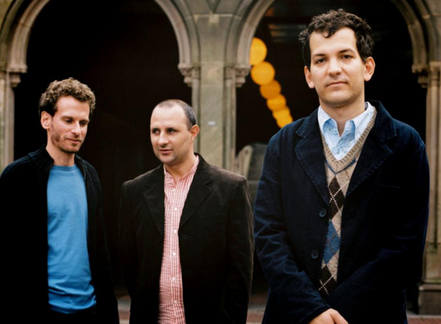