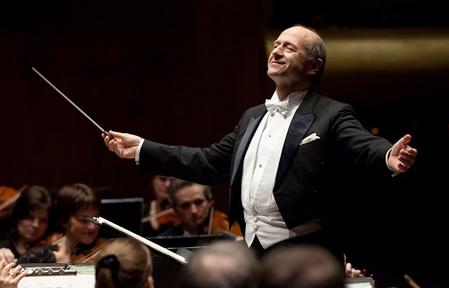 The SCP Orchestra series continues at 8 p.m., Wednesday February 8 with a performance by the internationally-acclaimed Budapest Festival Orchestra (BFO) led by its music director, Iván Fischer, in an all-Beethoven. The program includes Beethoven’s First and Fifth symphonies and Beethoven’s Piano Concerto No. 2 with Richard Goode, as soloist. Goode’s 2009 recording of Beethoven’s complete piano concertos with the Budapest Festival Orchestra led by Fischer was declared “a landmark recording” by the Financial Times and was nominated for both a Grammy Award and a Gramophone Record of the Year.

The Budapest Festival Orchestra was formed in 1983 by Fischer and pianist Zoltán Kocsis. Today, it is not only Hungary's finest and most popular symphonic orchestra, but is often rated among the top 10 orchestras in the world. Presenting concerts internationally, the Budapest Festival Orchestra is a regular guest at Carnegie Hall, Lincoln Center, Vienna’s Musikverein, the Royal Concertgebouw in Amsterdam and London’s Royal Albert Hall.

​American-born pianist Richard Goode is known for his emotional power, depth and expressiveness and has been hailed as one of today’s leading interpreters of Classical and Romantic music. Goode’s first public performances of the complete cycle of Beethoven sonatas at Kansas City’s Folly Theater and New York’s 92Y in 1987-88 brought him to international attention and were described by The New York Times as “among the season’s most important and memorable events.” Today, Goode is heard internationally in regular performances with major orchestras, in recital and through his extensive and acclaimed Nonesuch recordings.Tickets for all SCP Orchestra series concerts can be purchased by phone at 800,223,7115 or by visiting cso.org online. Tickets may also be purchased at the Symphony Center box office: 220 S. Michigan Ave., Chicago, IL 60604.