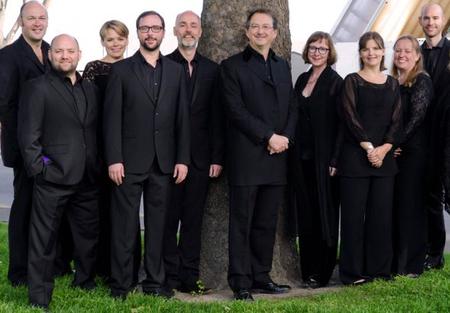 For nearly three decades, acclaimed early music ensemble The Tallis Scholars have been bringing their award-winning performances of Renaissance vocal music to the University of Chicago Presents. Since 1989, the ensemble has returned every several years to the University’s Rockefeller Chapel, and on Sunday, December 9, they return once again to fill the arches with the sounds of A Renaissance Christmas.

The Tallis Scholars began at Oxford University in 1973 as a passion project of its founder and director, Peter Phillips. In the more than forty years since, the ensemble has become one of the foremost interpreters and exponents of Renaissance vocal music, recording seventy-two albums (including three collections of Christmas music) and winning numerous prizes, including the Diapason d’Or and Gramophone Record of the Year awards.

In December, The Tallis Scholars tour the US with a collection of Renaissance music for the Christmas season. The program is built around two central works: Palestrina’s Hodie Christus natus est and the Magnificat. Phillips, the Scholars’ director, has curated a program that captures the joy of the season and is sure to please both experienced listeners of Renaissance vocal music and lay listeners in search of the sounds of the season. The unique “double choir” employed throughout the program offers countless possibilities and near limitless intrigue, and the final setting of the Magnificat incorporates some recognizable German carols.

The Tallis Scholars perform in Rockefeller Chapel, the last stop on their US tour, at 3 pm on Saturday, December 9. For more information or for tickets, visit chicagopresents.uchicago.edu.