​​​The Terra Foundation for American Art announced last week that following its March board meeting, it has awarded more than $300,000 in grants to support public and academic programs for Art Design Chicago, a wide-ranging initiative spearheaded by the foundation and developed in partnership with more than 60 cultural organizations to explore the ongoing influence of Chicago’s art and design history. Grants awarded in the latest cycle enhance further the roster of public programs available throughout 2018 as part of Art Design Chicago and contribute to ongoing research into ideas spurred by the initiative that will extend well beyond this calendar year. To date, the Terra Foundation has given 90 grants to 64 organizations, totaling approximately $5.6 million, to support the development of exhibitions, academic and public programs, publications, and a four-part television series for Art Design Chicago, which kicked off in January and will continue through December.

“Encouraging and expanding public engagement with Chicago’s cultural community is a core focus of Art Design Chicago. Barriers to access come in many forms, from financial obstacles to a general sense that cultural experiences can be intimidating or exclusionary,” said Amy Zinck, Executive Vice President of the Terra Foundation. “Our vision, and that of our partners’, is to start breaking down some of these barriers, by providing a wide-range of events on a diversity of subjects; ensuring that programs are taking place throughout the year and across the city’s many neighborhoods; and also helping to make many of those experiences free or affordable. There’s an important slow build with this initiative that takes into account the time necessary for people to engage with opportunities in ways that are meaningful to them.”

Output from the initiative include a series of public programs and exhibitions organized by the Chicago Park District, collectively titled “The Art of Flocking: Cultural Stewardship in the Parks,” which will be available to large and diverse audiences from June to August, celebrating Chicago’s legacy of community-based art practice through the lenses of local artists Hector Duarte and Sapphire & Crystals.

The Chicago Film Archives will host four film screenings, between September and December 2018, that explore Chicago as a powerhouse of industrial, corporate, educational, and sponsored filmmaking from the late 1940s through the 1970s, and highlight the city’s artists, studios, and interconnected histories of commercial and artistic film production. The screenings will be timed to compliment several of the Art Design Chicago exhibitions, including those at the Block Museum of Art, Chicago Design Museum, and Chicago Cultural Center. South Side Projections will also present a five-part film series, which will examine Chicago’s Black Arts Movement of the 1960s and 1970s. Each program will include a moderated discussion among scholars, artists, and activists who have topical expertise as well as individuals involved in making the films.

These programs, events, and exhibitions join a robust roster of public programs already in development, including a series of Neighborhood Days, which will draw visitors to cultural hubs in Chicago’s West Side, South Side, and North Side. Each Neighborhood Day will include tours of nearby cultural organizations and public art as well as live performances and interactive activities, providing a day’s worth of activity for individuals and families and creating opportunities for people to experience cultural assets in a variety of neighborhoods.

A comprehensive roster of currently confirmed Art Design Chicago programs, projects, and exhibitions can be found at www.ArtDesignChicago.org. 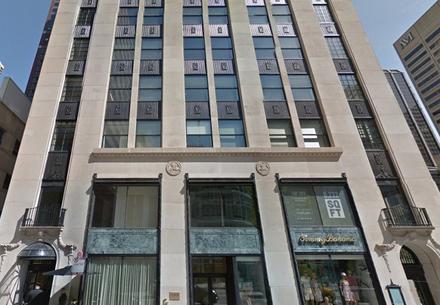