The Hypocrites has announced Regina Victoria Fields has been named the company’s first Logan Fellow, as part of a multi-year fellowship program established by the Chicago-based Logan Foundation. Fields was chosen from a national search focused on finding a qualified woman of color interested in artistic leadership, while maintaining an individual career as a writer or director.

In her role as Logan Fellow, Fields will serve as associate artistic director during the Hypocrites’ 2016-2017 season, participating in the daily activities of an artistic director including season planning; interviewing and hiring artistic personnel; new work cultivation; functioning as a resource to the season's directors; fundraising activities and collaborating with the executive director; production manager and marketing manager on administrative tasks requiring artistic input. In addition, Fields will serve as assistant director to artistic director Sean Graney on a single production during the season; sit on the company’s eight-person advisory Artistic Council; attend rehearsals and develop an original adaptation of a classic text with support from The Hypocrites in the form of workshops and artistic mentorship from the company’s artistic director. The Logan Fellowship is a full-time, salaried position.

Said Richard Logan, President of The Reva and David Logan Foundation, "When Sean Graney came to us with the idea of a fellowship based on his stellar directing/adapting techniques, we were skeptical whether The Hypocrites could find an individual to match their unique artistic needs. We needn't have worried; Regina V. Fields is clearly a star from the same galaxy and we look forward to her take on Sean's imprint."

​Graney noted, "I am thrilled to be working with Regina as our first Logan Fellow. Her experience in classic theater and community outreach makes her a perfect associate artistic director. I cannot wait to start hanging out and learning all I can from her."

Fields is an Oakland, California native, who graduated from Santa Clara University cum laude with a double major in Theatre Arts and Religious Studies. She is a multidisciplinary artist with a passion for theater as a tool of community building and social change. She is an internationally trained actress, having attended both the Gaiety School of Acting and the British American Drama Academy. As an actress Fields has worked with the likes of Berkeley Repertory Theater, California Shakespeare Theater and African American Shakespeare Company. Her directing credits include Going to St. Ives with Aluminous, Rose in America (world premiere) with Alter Theater, and assisting various productions at California Shakespeare Theater, Marin Theatre Company and others.

Currently run by Graney and executive director Kelli Strickland, The Hypocrites is one of Chicago’s premier off-Loop theater companies. The company specializes in mounting bold productions that challenge preconceptions and redefining the role of the audience. The company has a reputation in Chicago for creating exciting, surprising and deeply engaging theater as it re-interprets classics and tackles ambitious new works.

Their recent production of Graney’s All Our Tragic, a twelve-hour adaptation combining all 32 surviving Greek Tragedies, garnered the company six 2015 Equity Jeff Awards in its first year of eligibility. Graney’s musical adaptations of Gilbert & Sullivan’s Pirates of Penzance, The Mikado and H.M.S. Pinafore have become audience and critic favorites, being remounted numerous times in Chicago as well as going on tour off Broadway.

For more information on The Hypocrites programming and initiatives, visit visit www.the-hypocrites.com.

Actress Regina Victoria Fields has been named The Hypocrites first Reva and David Logan Fellow, part of a multi-year fellowship program established by the Logan Foundation (photo by Grace Kinder). 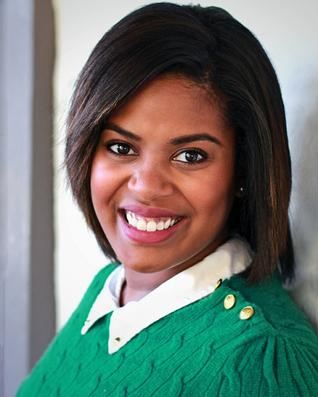