The Punch Brothers to Make Symphony Center Debut this Fall

The group will perform selections from the band’s entire catalog including their most recent album, All Ashore, released in July 2018. Chris Thile calls the new album “a meditation on committed relationships in the present day, particularly in the present climate.” Though the album explores a range of subject matter told through various characters, its nine pieces are united in their context of cultural and political unrest.

Frontman and mandolin virtuoso Chris Thile will make his return to Symphony Center in this concert after two appearances in recent years: performing an all-Bach program with cellist Yo-Yo Ma and bassist Edgar Meyer in April 2017, as well as hosting a live broadcast of American Public Media’s A Prairie Home Companion, now known as Live from Here, in January 2017. The band, which was founded by Thile in 2006, also includes Gabe Witcher on violin, Noam Pikelny on banjo, Chris Eldridge on guitar and Paul Kowert on bass.

A regular performer on NPR’s Live from Here, which is hosted by Thile, 21-year-old Madison Cunningham demonstrates an ear for melody that is reminiscent of early Joni Mitchell and an approach to guitar and vocals that give her music a West Coast, folk-rock sound. Cunningham’s opening set will feature selections from her 2017 debut EP, Love, Lose, Remember.

​For more information or for tickets to The Punch Brothers at Symphony Center, visit cso.org or call 312.294.3000. 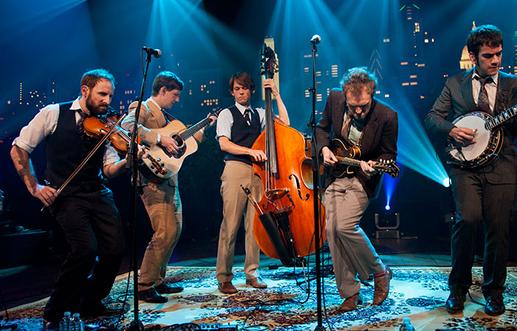