A hit on Broadway and in London’s West End, Alfred Hitchcock’s The 39 Steps kick starts Theatre at the Center’s 26th season beginning February 18 and continuing through March 20, 2016. This comedic spoof offers non-stop action and features four actors playing more than 150 different characters. Guests can anticipate an incredible series of lightning fast costume changes and an evening of hilarity.

Adapted from the 1935 Alfred Hitchcock film and the 1915 novel by John Buchan, the story follows Englishman Richard Hannay, who inadvertently embarks on a chaotic adventure full of narrow escapes and mishaps after trying to help a female spy. When he wakes up to find her dead in his apartment, he flees from the police and an espionage organization, desperately trying to find the truth.

This story is directed by David Perkovich with Matt Mueller as Richard Hannay. Linda Gillum plays several roles including Hannay’s romantic interests. And Norm Boucher and Kevin McKillip each play more than 30 characters ranging from men, women, children, heroes, villains and even the occasional object.

Founded in 1991, the 410-seat Theatre at the Center is a year-round professional theater at its home, The Center for Visual and Performing Arts, 1040 Ridge Road, Munster, Indiana.

For more information about the upcoming production or for tickets, call 219-836-3255 or visit TheatreAtTheCenter.com. 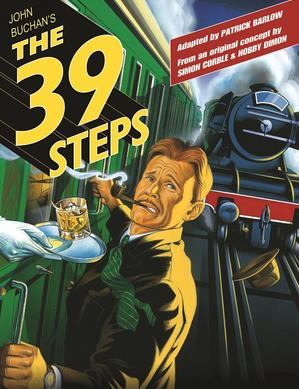