Photo: A section of Treasures of the Walt Disney Archives focuses on the making of Snow White and the Seven Dwarfs (1937) [photo by J.B. Spector, Museum of Science and Industry]﻿. 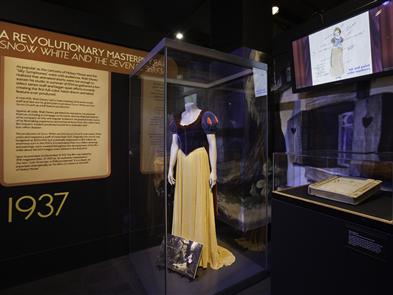