In one of its final performances as a full-time dance company, the Boise-based Trey McIntyre Project (TMP) will present the Harris Theater-commissioned Chicago premiere of The Vinegar Works: Four Dances of Moral Instruction Thursday, April 3 at 7:30 p.m. at The Harris.

The new commission will include live musical accompaniment from the young artists of the Music Institute of Chicago. This exciting work, organized and led by the Harris Theater, pairs one of the city’s finest cultural institutions with one of the country’s foremost contemporary dance ensembles. The commission centers on the theater’s mission to collaborate with, and present, Chicago’s midsize and emerging arts organizations in innovative ways.

Mark George, president and CEO of the Music Institute of Chicago pointed out, “This is truly a historic collaboration. Our partnership with the Harris Theater continues to provide our students with opportunities to perform with great artists in a fantastic venue.  This collaboration will be especially memorable, as it includes the last new work created by the Trey McIntyre Project, a piece that the Music Institute will forever be associated with.”

The Vinegar Works is inspired by the work of Chicago illustrator and writer Edward Gorey, who was known for his intense fondness for ballet. Set to Dmitri Shostakovich’s Piano Trio in E Minor, the piece features live performances from the Music Institute’s prestigious Academy musicians. TMP will tour The Vinegar Works with a recording by these musicians. The piece also includes puppets from renowned designer Michael Curry. Curry’s work has been featured by The Walt Disney Company, The Lion King on Broadway, Cirque du Soleil, and Shrek the Musical.

In addition to the The Vinegar Works, TMP also performs McIntyre’s exuberant and wildly popular Mercury Half-Life, danced to the music of Freddie Mercury and the band Queen.

“It’s been incredibly important for me, ever since founding the company nearly ten years ago, to consistently create new work,” noted TMP founder and artistic director Trey McIntyre. “Thanks to the Harris, we’re able to present our last premiere before entering the next phase of our creative life. It’s gratifying to know that the company’s last tour will have an added degree of relevance.”

This past January, the Trey McIntyre Project announced a new creative direction that will mark the end of the full-time dance company this summer. The Vinegar Works will be presented around the country during the company’s last tour concluding with final performances at the famed Jacob’s Pillow Dance Festival in Becket, Massachusetts, June 25–June 29. The world premiere performance of The Vinegar Works takes placer March 21 at the Zellerbach Hall at University of California, Berkeley.

For more information about the upcoming Chicago performance, visit Harristheaterchicago.org. 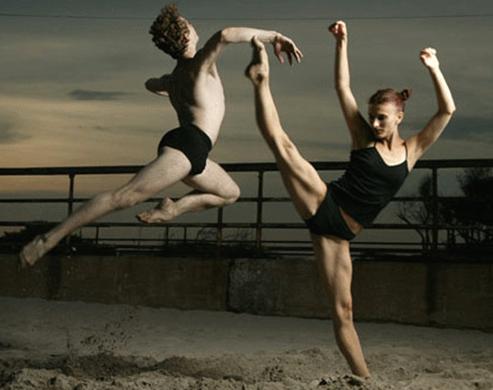