From a new spin on the Chicago Mayoral race to a Chekhov-inspired rock musical to a fantastical journey back in time to a 1980s prom, the Chicago Musical Theatre Festival offers a bit of something for everyone. Productions are chosen from two categories: mentored submissions, in which writers and composers submit completed works of musical theater to be produced by Underscore Theatre – and independent submissions, in which producers submit “production-ready” works of musical theater to be produced independently by the submitters. After receiving 45 submissions, the festival’s team has selected two mentored musicals and eleven independent musicals to be performed at the festival.

"Chicago has a vibrant, growing community of musical theater creators who need an artistic home, and we aim to give them one,” notes festival director and Underscore Theatre Company’s artistic director, Alex Higgin-Houser. “Sources of support often go to larger institutions, and with the exception of the well-connected, there are few avenues in Chicago to produce a new musical. Which makes sense – musicals are risky, and more expensive than putting on a play. But by creating the Chicago Musical Theatre Festival, Underscore is providing a platform for emerging composer/lyricist teams to have their work supported, explored and most importantly – performed.”

Underscore Theatre Company was founded in 2011 as a team of producing artists dedicated to exploring stories of power and resonance through a musical lens; fostering the development of new musicals; and bolstering Chicago’s role as a national leader in musical theater. Since its creation, Underscore has produced 14 world-premiere musicals in the Windy City.

For more information about this year’s festival line-up or to buy tickets, visit www.cmtf.org. 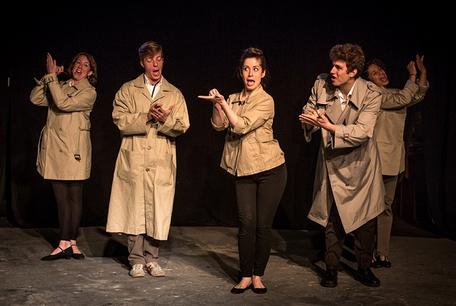