Underscore Theatre Company will present its 6th annual Chicago Musical Theatre Festival, created to showcase and support the growing field of musical theater creators from Chicago and beyond. The 2020 festival features full productions of eight new musicals, plus two pay-what-you-can staged readings and a showcase of 10-minute musicals. The festival will be performed simultaneously on two stages from February 3 – 23, 2020 at The Edge Theater: the Broadway (5451 N. Broadway) and the Off Broadway (1133 W. Catalpa Ave.) in Chicago’s Edgewater neighborhood. Each full production will receive at least five performances during the festival.

​Since its inception in 2014, the Chicago Musical Theatre Festival has brought nearly 50 new musicals to Chicago stages. The festival provides much-needed artistic resources for emerging composer/lyricist teams to have their work supported, explored and most importantly – performed.

Festival producer and Underscore executive director Rachel Elise Johnson comments, “Underscore is thrilled to return to the Edge Theater for the second year in a row. This is the second year we will provide multiple shows playing in two venues at once, which means more options for festival-goers and more time on stage for participants. We have once again included a representative from the independent licensing company Stage Rights to our panel of judges, along with producers and Artistic Directors for leading theaters in Chicago who are equally invested in the development of new work. Every year, the festival provides a diverse and unique lineup of new musicals.  We invite people to come and see these amazing works as they continue to develop on their journey to full production and beyond. We hope to see you in February.”

​Tickets and full line-up for the festival are currently available at www.cmtf.org. 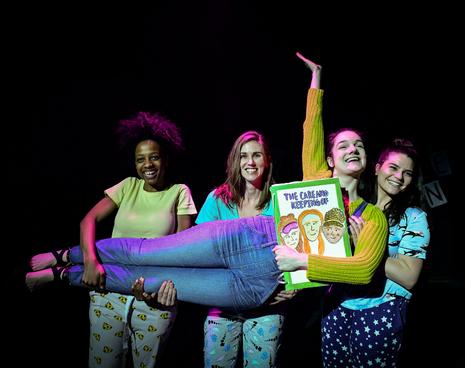