Victory Gardens Theater Artistic Director Chay Yew has announced a call for submissions of new, challenging, and innovative plays to be a part of the theater’s 2014 Ignition Festival of New Plays. The festival takes place July 21-27, 2014 and will create a productive environment for both emerging and established playwrights to explore and develop their new work.

Ignition’s six selected plays will be presented in a festival of readings scheduled for summer 2014 and will be directed by leading artists from Chicago and around the country. Following the readings, two of the plays will be selected for intensive workshops during Victory Gardens 2014/15 season, and Victory Gardens will produce one of these final scripts in an upcoming season.

"As Victory Gardens Theater’s season programming continues to reflect the diverse communities in the city of Chicago, we are excited to open up Ignition 2014 applications to not only writers of color, but to all playwrights for the first time,” notes Yew. “We aim to bridge communities through challenging, bold, and innovative new plays, and are seeking new play submissions that represent the diverse voices in this city and beyond."

The Ignition Festival of New Plays was conceived to support Victory Gardens’ mission of new plays and diversity. In the spring of 2010, 120 writers of color from around the United States submitted new scripts for the first phase of the festival. In its inaugural outing last season, Ignition developed, premiered and launched both Year Zero and Kristoffer Diaz’ The Elaborate Entrance of Chad Deity onto the American theater scene; both productions have subsequently been remounted at Second Stage in New York City. Victory Gardens produced We Are Proud to Present a Presentation About the Herero of Namibia, Formerly Known as Southwest Africa, From the German Sudwestafrika, Between the Years 1884-1915 by Jackie Sibblies Drury and Appropriate By Branden Jacobs-Jenkins.

Submissions for the festival may be made electronically to ignition@victorygardens.org. Physical copies may be submitted via mail to the theater. All submissions must be received by May 15, 2014 for consideration. For more information about Ignition Festival of New Plays, visit www.victorygardens.org.

Victory Garden's 2013 production of Appropriate was a product of the Ignition Festival of New Plays (photo courtesy of Victory Gardens Theatre). 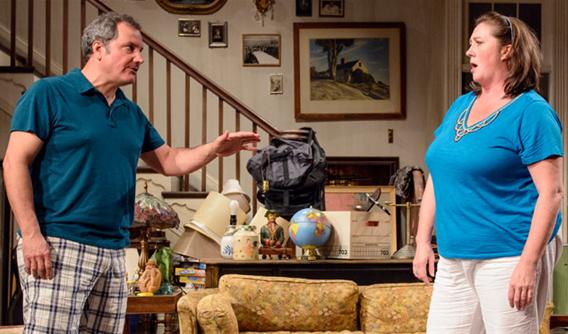