Victory Gardens Theater has announced the complete lineup for the 2014 IGNITION Festival of New Plays, taking place July 24-27, 2014 at Victory Gardens’ home at The Biograph Theater in Chicago’s Lincoln Park. The festival was launched by Victory Gardens Theater  in 2010 to support the theater’s mission of new plays and diversity. creating a productive environment for both emerging and established playwrights to explore and develop their new work.  Highlighted among the many new works on tap for this year’s festival are, Where Did We Sit on the Bus? by Brian Quijada; Lack and Lack by April Fools (Kristiana Colón & Damon Williams); Sender by Ike Holter; Slingshot by Kia Corthron; and Hillary and Clinton by Lucas Hnath—just a few of the works guests will enjoy at the 2014 celebration.

For the festival’s presenter, the opportunity to present such diverse new works, many by playwrights of color, hits squarely center of the theater’s mission. "At Victory Gardens, we bridge communities through challenging, bold, and innovative new plays that are representative of the diverse voices in this city and beyond, notes Chay Yew, Victory Gardens’ artistic director. “So, for the first time since the festival's inception, we have invited not only writers of color under 30, but have opened our festival to include all playwrights. IGNITION has consistently been an essential part of Victory Gardens’ new play development programming since 2008, and Ignition 2014 will be no exception."

INGITION’s seven selected plays will be presented in a festival of readings scheduled for summer 2014 and will be directed by leading artists from Chicago. Following the readings, two of the plays may be selected for intensive workshops during Victory Gardens 2014/15 season, and Victory Gardens may produce one of these final scripts in an upcoming season.

In its inaugural season, IGNITION developed, premiered and launched both Year Zero and Kristoffer Diaz’ The Elaborate Entrance of Chad Deity onto the American theater scene; both productions have subsequently been remounted at Second Stage in New York City. Victory Gardens produced We Are Proud to Present a Presentation About the Herero of Namibia, Formerly Known as Southwest Africa, From the German Sudwestafrika, Between the Years 1884-1915 by Jackie Sibblies Drury and Appropriate By Branden Jacobs-Jenkins.

Other notable IGNITION plays receiving their world premieres include Mala Hierba by Victory Gardens ensemble playwright Tanya Saracho, playing at Second Stage in New York City this summer and Samsara by Lauren Yee, playing at Victory Gardens in the Spring of 2015.

Admission to all festival readings and events is free, though an RSVP is required. For more information or to RSVP, visit www.victorygardens.org/also-playing/ignition/ or call the Victory Gardens Box Office at 773.871.3000. 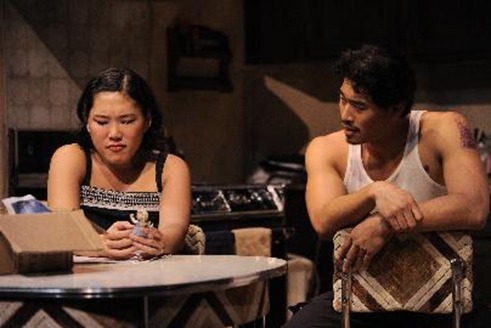