The program opens with Mendelssohn’s Violin Sonata in F Major, the third of Mendelssohn’s violin sonatas. An ambitious and technically demanding work for both players, the sonata remained unpublished for years after its 1938 premiere, until violinist Yehudi Menuhin unearthed and published it in 1953. Bell and Bax continue with Grieg’s dramatic Violin Sonata No. 3. The composer noted that the third sonata represents his attempt at “a wider horizon” in his work, yet it still incorporates the Norwegian folk melodies and the striking balance of rugged vigor and lyrical beauty for which Grieg is best known. The program closes with Brahms’ romantic masterwork, Violin Sonata No. 1. The subtitle Regensonate (“Rain Sonata”) is a reference to Brahms’ earlier Regenlied (“Rain Song”), an evocative, wistful art song that gives its melody and accompaniment verbatim to the final movement of the Violin Sonata.

Joshua Bell is one of the most widely-known and celebrated violinists of his generation. He received his first violin at age four and at 12 began studying with Josef Gingold at Indiana University. At 14 he performed with Riccardo Muti and the Philadelphia Orchestra and at 17 made his Carnegie Hall debut. In 2011, Bell became music director of the Academy of St. Martin in the Fields—the first person to hold this post since Sir Neville Marriner formed the orchestra in 1958. He has been the recipient of numerous awards and honors including induction into the Hollywood Bowl Hall of Fame in 2005. An exclusive Sony Classical artist, Bell has recorded more than 40 CDs garnering Grammy, Mercury, Gramophone and Echo Klassik awards. 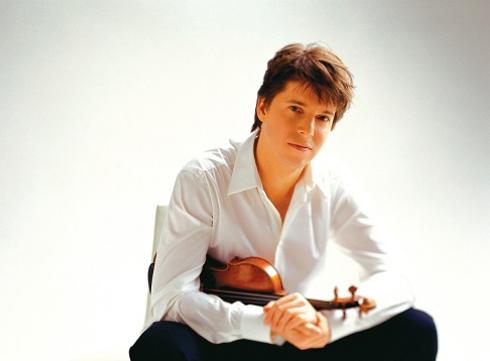 Violinist Joshua Bell to Return to Chicago's Symphony Center in Chamber Music Program of Sonatas by Mendelssohn, Grieg and Brahms