VDC, Pupillo’s professional contemporary dance company, has blossomed from the tremendous support and community that the Visceral Dance Center has fostered. After a highly successful inaugural season, the young company propels forward into its second year, extending the spirit of the Visceral Dance Center onto the stage and into the community with an impressive new repertoire. That repertoire features some of the finest dancers and most forward-thinking choreographers in contemporary dance today.

Pupillo speaks a mile a minute about his new company, the dance center and the Visceral Dance youth company, all of which have evolved from his desire to re-imagine how training and performing could be really done. Pupillo, who started performing in Chicago in 2001 as a member of Giordano Dance Chicago (GDC), decided after three years of touring with the company to invest his energies into training young dancers.

“There was just a point in my dance career when I wanted to make some changes, not just in the way performance was being seen, but in the way training was being done,” he explains. “I had so many opportunities (in my own training), I wanted to make sure young dancers didn’t miss out on (similar) experiences. I wanted to provide a home base where dancers could have every possible option to dance professionally.”

It’s with that ambition that, in 2006, Pupillo first developed Visceral Dance Studio, a youth company of 19 dancers. The dancers receive some of the best professional preparation available, complete with opportunities to perform and train alongside pro dancers. The youth company, which Pupillo continues to direct in addition to VDC, receives training across a variety of dance disciplines, and many opportunities to perform and compete.

Shortly after creating the youth company, Pupillo developed the Visceral Dance Center. With so many companies in Chicago wanting for space to train, create and rehearse, the center quickly filled to the brim with artists. The dance center filled a significant need for Chicago’s dance community, and the gratitude, support structure and positive energy have been buzzing through its walls ever since.

This energy built quickly around the Visceral brand. Pupillo insists he didn’t expect the center to “flourish so big, so quickly, to be able to support a professional company,” but it did.

As a result, only six years after developing the center, Pupillo launched VDC.   When Pupillo speaks of his company’s first season, he describes an almost magical quality in the way the dancers, visiting artists, and artistic staff came together. “It all happened so fast,” he explains. “It’s such a blur. It happened in such an organic way.

I auditioned quite extensively to make sure I chose the right dancers. On day one, (it was as though) everything was meant to be. Every single dancer connected immediately.”

Pupillo often resorted to using the word, “organic,” when describing the company’s formation, but any undertaking this huge must have its challenges. When pressed to share any difficulties of that first season, Pupillo explains that in his role as director of the youth and professional companies, as well as heading up the center itself, he (unsurprisingly!) had to rethink his own time management.

“The only challenge was... just knowing…when to focus my time and energy in the correct place. I like to be able to do everything!”

This, he dismisses the challenge as a minor one, resorting to his constant theme of positive energy—which he insists drove that first season. Pupillo speaks proudly of the natural connection between his dancers, their exuberance, and the collaborators with whom they worked: “I haven’t felt this type of energy in so long—so many passionate, respectful dancers in one place (that are) so appreciative of the experience. It’s good, positive energy.”

That positivity keeps flowing this year, as VDC prepares to wow Chicago audiences with a fresh season of exciting new works. The company will next take the stage of Skokie’s North Shore Center for the Performing Arts in October, presenting diverse works from new voices and established choreographers alike.

Some of the highlights include a reprise of “Impetere,” the first piece Pupillo created for the company, as well as Monica Cervantes’ “Changes,” which received rave reviews from audiences last season. VDC will perform new works from several choreographers, including Brian Enos, Harrison McEldowney and Banning Bouldin.

Pupillo notes that he likes to have a mix of newer voices, like Bouldin, and established choreographers, such as Naharin, working with his company.  Pupillo is also collaborating with cellist and composer Desiree Miller on a new commission. It will serve as a solo piece, which he will choreograph on both the males and females of his company so as to be interchangeable. He’ll also premiere a new full-company piece at the North Shore Center.

And if that isn’t enough for one evening, the company will perform a duet by preeminent contemporary choreographer Ohad Naharin. Something Pupillo calls a “a complete honor,” for him and his young company, representing Naharin’s work in the October show. He describes the work as “beautiful,” “haunting,” and “intriguing.”

And intrigue is just what Pupillo hopes to evoke from his audience in Visceral Dance’s  sophomore season, to evoke “feelings they can bring into their lives,” he insists, and ultimately to affect them on, “…a more visceral level.”

Visceral Dance Chicago will kick off their new season in Chicago with the Skokie performance at the North Shore Center for the Performing Arts on October 26, 2014. They will also perform at the Harris Theater of Music and Dance November 21-22, and again in the spring, March 21-22. For more information and tickets to upcoming performances, visit visceraldance.com. 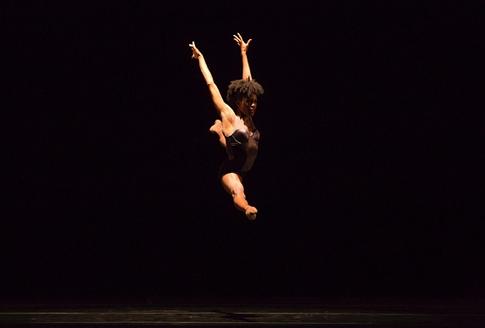