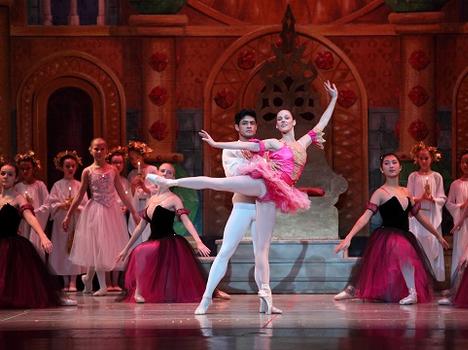 “There is nothing like seeing this beloved classic performed to live music,” says MAC Director Diana Martinez. “We’re thrilled that Von Heidecke’s Chicago Festival Ballet and New Philharmonic have once again teamed up to bring this holiday tradition to life at the MAC.”

The classic Nutcracker holiday fairy tale ballet is performed in two acts and depicts the magical dream of young Clara as she meets the captivating characters of the world of the Sugar Plum Fairy, the Snow Queen and dancing snowflakes, among an enchanting mix of others.

Tickets for The Nutcracker are $43 Adults, $41 Seniors; $32 for youth ages 18 and under. There will also be an opportunity to meet with Santa preceding the matinee performances. For tickets or more information visit AtTheMAC.org or call 630.942.4000.