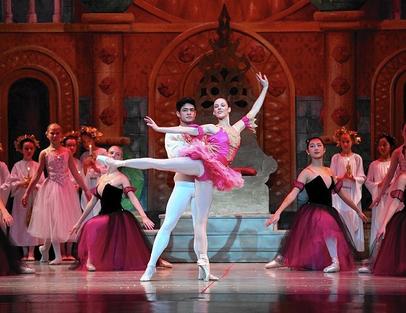 Von Heidecke’s Chicago Festival Ballet will perform its 29th annual production of The Nutcracker at the McAninch Arts Center (MAC) this December. New Philharmonic, under the baton of Maestro Kirk Muspratt, will perform Tchaikovsky’s classic Nutcracker score live for this full-scale, lavish production. As a special treat, there will be photo opportunities with Santa and a three-foot tall wooden Nutcracker in the lobby.

“Von Heidecke’s Chicago Festival Ballet is thrilled to once again, team up with New Philharmonic, under the baton of Maestro Kirk Muspratt, to bring this holiday tradition to life at the MAC. We know many Chicago area residents see The Nutcracker as a must for the season and we’re pleased that we are able to present our classic production guaranteed to entertain all ages and create lasting memories,” says Von Heidecke Chicago Festival Ballet Founder and Artistic Director, Ken von Heidecke.

The Nutcracker, featuring the iconic score by Pyotr Ilyich Tchaikovsky, is a classic holiday fairy tale ballet in two acts. As a family’s Christmas Eve party ends, a dream takes the young daughter Clara to a magical world where she meets the Sugar Plum Fairy, the Snow Queen, dancing snowflakes and many other enchanting characters.

The role of Clara will be shared by Naperville’s Madelyne Lowe and Jacquie Liedtke and Homer Glen’s Reagan Davidson. The cast will also feature three tumblers, Terrance Green, William Green and DeAngelo Woods, from Chicago’s Ultimate Tumblers (The CUT), coached by Orpheus Floyd. The CUT appeared on the 2011 edition of America’s Got Talent.