Wendy Whelan's Restless Creature to Get its Much-Anticipated Chicago Premiere

Whelan was previously scheduled to perform Restless Creature at the Harris Theater for Music and Dance last March before undergoing surgery and recovery to mend a labral tear in her right hip.

Whelan, now 46, is embarking on a groundbreaking journey at an age when most ballerinas retire from the stage. Having reached the height of her field, she has launched Wendy Whelan New Works Initiative, which begins with Restless Creature, a suite of four duets, each with its own distinct style and artistry. The work received its world premiere in August 2013 at Jacob’s Pillow Dance Festival.

As Whelan pointed out, the upcoming performance will actually be a kind of choreographic home-coming for Restless Creature. “I actually had the Harris Theater in mind while I was developing my project. I sort of tailor-made the work for this kind of theater,” Whelan said.

For more information about the upcoming performance or for tickets, visit harristheaterchicago.org or by calling the Box Office at 312.334.7777. 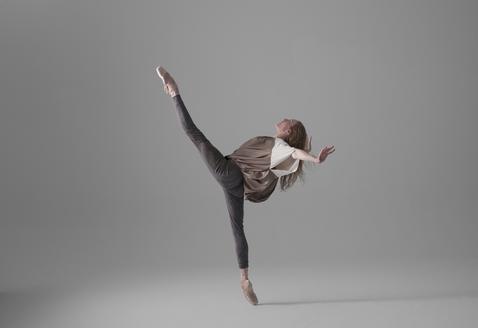