The New York Times has called Whelan “America’s greatest contemporary ballerina.” She has danced with New York City Ballet for 29 years. With the company, she has mastered Balanchine’s neoclassical repertory, dance classics such as Sleeping Beauty and Swan Lake and created works with many of today’s leading choreographers. Having reached the height of her field, Whelan, now 46, is embarking on a groundbreaking journey at an age when most ballerinas simply retire from the stage. She has launched Wendy Whelan New Works Initiative, which begins with Restless Creature, a suite of four duets, each with its own distinct style and artistry, created by and danced with Kyle Abraham, Joshua Beamish, Brian Brooks, and Hubbard Street Dance Chicago’s Alejandro Cerrudo.

Said Whelan, “It is with careful thought and with the support of my wellness team that I have decided to postpone the tour of my project, Restless Creature, until I have made a more complete recovery from the hip surgery I had last August. I have worked diligently following my surgery to meet my deadline for being rehearsal ready, but I simply need more time to strengthen and heal. I have to honor my body’s wishes. I know I will continue to make progress, and I hope to bring these wonderful new pieces of choreography to life very soon with the physicality they both deserve and require to be shown at their absolute best.”

After a minor slip in ballet class in September 2012, Whelan began experiencing severe pain in her right hip. After months of pain reducing treatments, her doctors discovered a complex labral tear. A labral tear involves the ring of soft elastic tissue, called the labrum, which follows the outside rim of the socket of the hip joint. When damaged, even small movement can be extremely painful. After months of failed attempts at finding pain relief, Whelan made the decision to have surgery and face a daunting four to sixth months in recovery. She turned to Dr. Marc Philippon, renowned hip surgeon at the Steadman Clinic in Vail, Colorado. The surgery would involve cleaning up the tear, as well as the debris floating in her hip that had accumulated as a result. Dr. Philippon shaved down impingements along the bone that had developed over her lengthy dancing career. “We are, of course, disappointed by the news, but this is undoubtedly in the best interests of Wendy’s long-term health and her career,” noted Michael Tiknis, president and managing director of the Harris Theater. “We wish Wendy a full recovery and look forward to hosting her at the Harris sometime in the near future.”

Whelan chronicled her surgery and recovery in a guest piece she wrote for Dance Magazine, discussing the extent of her injury, the surgery, and the subsequent recovery process. She also took to social media, posting photos of her recovery on her Instagram and Facebook pages. Wendy Whelan: Restless Creature was scheduled to tour in nine cities this spring, including Chicago, New York, and Boston, from March 18-July 26. 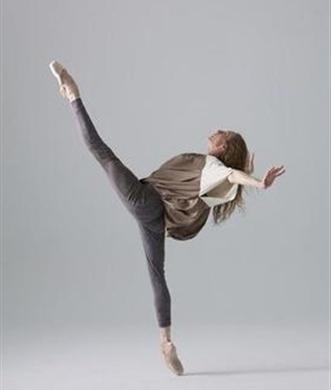