Chicagoans wake up every morning with them and now Theatre at the Center, 1040 Ridge Road, Munster, Indiana, invites audiences to once again experience The  Morning Show Comedians live on stage, Friday, August 22nd at 8:00 p.m. Back by popular demand, WGN Morning News personalities Pat Tomasulo, Mike Toomey and Ana Belaval will return to the stage at Theatre at the Center in Munster, Indiana for a fresh take on their one-of-a-kind, stand-up comedy performance.

Audiences can experience the wild side of three-time Emmy Award winner Ana Belaval, who brings the same energy to stand-up as she does to her feature reporting on her morning segment Around Town. Expect eternally sarcastic sports anchor Pat Tomasulo to sugarcoat nothing as he discusses everything from the Chicago marathon to today’s flight attendants. And Chicago headliner Mike Toomey will add his quick wit, crowd work and clever anecdotes to round out what is expected to be a hilarious evening.

The three television personalities may report the news during the day, but share outrageous behind-the-scenes stories from Chicago’s highest-rated morning news programs during this one-night event.  The performance will take place Friday, August 22nd at 8:00 pm. Individual tickets are $30. To purchase individual tickets call the Box Office at 219.836.3255 or Tickets.com at 800.511.1552.

For more information on Theatre at the Center, visit TheatreAtTheCenter.com.

WGN Personalities Back on the Comedy Stage 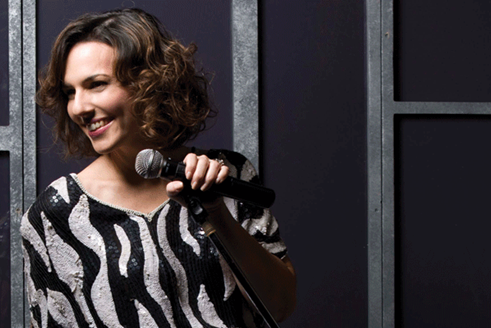