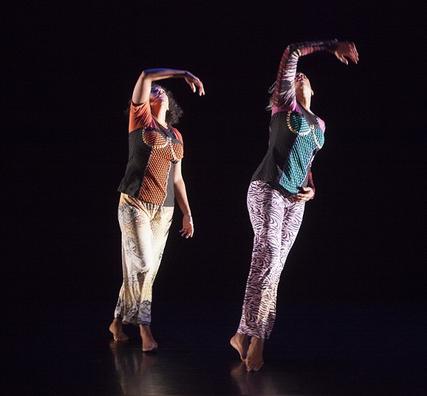 This winter Zephyr Dance will welcome several respected guest choreographer-performers for their aMID Career festival, which takes place at Chicago’s Links Hall, in what the company calls a recognition of the contributions and challenges that come with the passage of time.

Co-produced by Zephyr and Links Hall, the aMID Career festival will focus on mature, aging choreographers, as both makers and performers, who continue to perform and broaden the idea of virtuosity in dance to include older bodies that have a mature command of the performance stage because of their longevity in the field.

“aMid Career will celebrate the underserved performative body of the aging artist and challenge commonly held views regarding the age demographic of a dancer/mover or physical performing artist,” noted Zephyr’s founder and artistic director, Michelle Kranicke. “The festival will accentuate the aesthetic shifts that come with a consistent art/movement practice, as well as those that accompany working with one’s body as it ages and changes.”

The festival  will feature choreographers confronting their shifting and declining corporeal ability to expose a different and/or alternative technical virtuosity coming from years of performance experience. Conversation and performances will take into consideration what virtuosity, especially as it applies to dance, looks like at different stages within a practice and the differences between early and late styles within a long-running choreographic career. aMID Career will present work that expands assumptions of who performs dance, opening the aesthetic conversation to include the aging body.

The concept of broadening perception as it relates to what is possible in any context is nothing foreign to Zephyr Dance, an experimental dance company with a strong artistic presence in Chicago for more than 20 years. Zephyr pushes the limitations of the discipline to question current trends in dancemaking and the reduction of the art form to its most quantifiable, easily recognized patterns. Zephyr also considers the interaction between performer and viewer, and the movement possibilities that arise through that interaction. The company stages its performances in various spaces, from the proscenium stage to large auditorium spaces to galleries, to allow viewers choices in how they encounter, and engage with, movement. The results are works that transform the atmosphere of a space with rich images, sensual movements and unexpected occurrences.

Tickets for the aMID Career festival, which takes place January 21–31, 2016 at Links Hall go on sale October 16. Festival passes are $50 for adults, $40 for industry members and $25 for students; pass holders must reserve seats in advance to ensure admission. Single tickets are $15 at the door, $12 online and $10 for students and seniors. Visit zephyrdance.com/events/amid-career-festival and linkshall.org for more information.